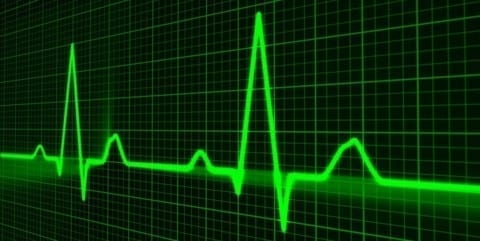 Picture this: you are sitting at the bedside of a loved one as you listen to the beeps of the electrocardiogram. You notice the plate full of hospital food at their bedside because they “just weren’t hungry.” You are startled when you see the electrocardiogram show a straight line and hear a high-pitched drone instead of the typical beeping. You press the emergency button so nurses can come rushing in. They declare your loved one dead. What is your emotion in this instance? Are you sad because they have officially died? Or are you happy because they have stopped suffering? Did they die because the decision was made to cease medication? Was the decision made to pull the plug? Or was it a natural cause? If you could do it all over again, would you have wished that they chose palliative care or euthanasia? Would your feelings be impacted depending on the cause of their passing? In this blog post, I will be discussing the two main views of child euthanasia: Bovens being for it and Kaczor being against it. Bovens, the author of the article “Child Euthanasia: Should We Just Not Talk About It?”, supports euthanasia and refutes the opposition of a legislation that legalizes euthanasia for minors. Bovens supports euthanasia when the following occurs, “the young parient’s ailment must be incurable and caused by accident or illness; the suffering must be physical (rather than mental) and impossible to alleviate; the exception of death must be short-term; consent of the legal representatives (often the parents) is required and the youth psychologist or psychiatrist must determine that the patient is capable of discernment” (Bovens 1). The article by Bovens is set up with five arguments against euthanasia and he rejects each argument with an argument of his own. The five arguments that Bovens disagrees with express that child euthanasia is not permissible, to which Bovens discusses why it is permissible. In my opinion, Bovens’s strongest argument is the argument against capability of discernment. He concludes with claiming that the arguments he opposes neglect to “provide sufficient reason to refrain from extending euthanasia legislation to minors” (Bovens 5). Christopher Kaczor, on the other hand, wrote an article refuting the dispute of Bovens. Kaczor values the weight of discernment, which does not involve complexity or importance of a decision. Therefore, a discernment can be picking between a ham sandwich and a turkey sandwich for lunch. Bovens would claim that since a child can make a decision about their lunch, it also means that they can make a decision about keeping or ending their life. Kaczor disagrees because he puts more weight on the decision of euthanasia and less weight on the decision of a lunch meat. Kaczor argues the following, “the weightiest decision of all is the choice to die. Virtually all other choices may be reversed or mitigated. If Bovens is right about minors being capable of making authoritative decisions including the choice to die, then minors should also have rights to vote, to join military service, to receive the same punishment as an adult for the same crime, have sexual intercourse with whomever they choose and drop out of school when they decide to do so. This is hard to believe” (Kaczor 1).  All of these examples Kaczor brings up are decisions that have an extreme effect on the lives of the people making these decisions. Kaczor brings up the negative changes this mindset would bring to show the reader that children and adults should not be viewed equally. An example of this would be the following: you have a knife in your hand and you either have to kill the fifty year old man or the five year old boy. Most people would kill the fifty year old man for a few reasons. To justify the killing of the fifty year old man, they may claim, “The boy has his whole life to live,” “I could not possibly hurt a child,” or “The child has hurt less people and deserves death less.” According to Kaczor, one has to be an adult in order to make a decision with this much weight. There will always be people for and against child euthanasia because every situation is different. My job on this platform is to educate so people are knowledgeable when they make this huge decision.