Is Cereal the Most Important Meal Of the Day?

Home Is Cereal the Most Important Meal Of the Day? 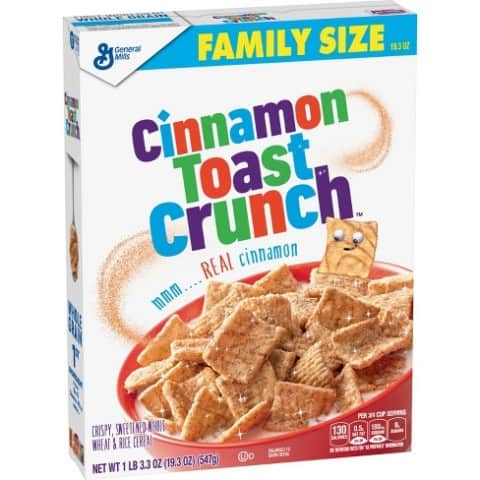 “Breakfast is the most important meal of the day” is a statement you’ve probably heard many times before. Eating breakfast can give you the much-needed energy you need for the day, but this saying only started popping up after cereal marketing was first introduced. Before cereal popped up in the mid-1800s cereal wasn’t different from any other meal of the day. Middle and upper class would eat a variety of foods for breakfast and lunch such as eggs and pastries. Cereal established breakfast as its own distinct meal that was paired with specific “breakfast foods.”

Historically as well we see breakfast as a not-so-important meal. Breakfast began to be more of a daily thing when humans started moving into cities and having set schedules. But once breakfast came to America it was treated similar to dinner with main courses like a steak being brought to the breakfast table. This was obviously not healthy and a lighter simpler breakfast was needed which is where Dr. Kellogg comes in.

Dr. Kellogg was a very religious doctor who believed in changing Americans health by changing what they put inside their bodies. He thought meat with too many spices could affect your health negatively and that whole grains were better than white bread. So Kellogg developed corn flakes, but before cornflakes, there was an older version of cereal called wheat rocks. They did not taste good so they needed to add milk to it so It would taste good. But it didn’t’ matter because they wanted it. After this craze for cereal, a lot more cereal manufacturing companies started popping up all over the country. Cereal was also convenient to eat at a time where there was less action to a kitchen. Successful food trends were combining science and morality and Dr. Kellogg was a strong believer in this.

Dr. Kellogg had his own lifestyle he called “biological living.” This was a strict diet that consisted of taking more baths and eating bland foods. He thought the modern breakfast was too diverse he believed in eating “normally” and “scientifically.” He also believed that people’s indulging love for meat would lead them to commit carnal sins. In his mind masturbation was again a sinful act that he connected to a bad diet. He was such a believer in his diet that he taught people how to make cereals in their own homes. But of eventually Kellogg’s concept behind cereal was taken by cereal manufacturing companies to make a large profit for themselves.

In conclusion, cereal is something that people love to eat today but wasn’t like that to begin with. As seen before breakfast was treated as any other meal and was actually very unhealthy in its origin. It wasn’t until the 1800s that it started having its own prestigious place at the dinner table. Kellogg’s diet came with a new lifestyle that consisted of more natural foods that were able to benefit Americans health positively in the long run. So now you know why cereal is considered the most important meal of the day.

Annotations from the Article

” The most successful food trends tend to combine science and morality, and the invention of cereal was no exception.” (My comment: Cereal became big because they were advertised back then as having special healing properties and helping you live a longer life. Therefore brands profited from people’s ignorance and fears.)

” Nutritionists are less certain about the value of this advice today. Those studying the issue say that studies supporting the importance of breakfast for weight management have been contradicted by more rigorous examinations” (My comment: Cereal campaigns were marketing for a long time that breakfast was the most important meal of the day for money. But through extensive research we’re coming to find out that may not be the case)