Is Boredom A Good Thing?

Home Is Boredom A Good Thing? 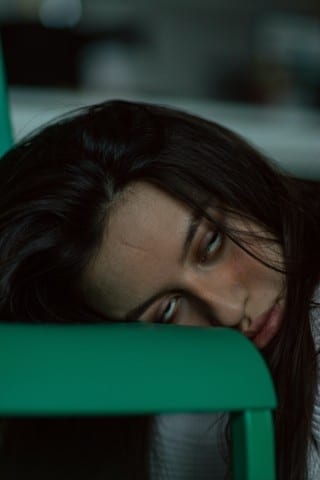 People often use the phrase “Boredom is for boring people” but what if there is more to uncover. In the article “Let Children Get Bored Again” I have learned that being bored is something that we can not escape from. Boredom is something that can not be avoided, everyone gets bored now and then and it should be normalized. Many things in life can be boring, like school and work, and the faster people get used to it the easier it will be. A way to get used to boredom is by using our creativity and imagination. Instead of looking at boredom as a bad thing, we should use it as an advantage.

I think that if people stopped and appreciate their “boredom time”, they would start to see how they can benefit from it. When you have extra time on your hands you can relax and take some time off. Now with this whole quarantine dilemma, people can not go out and are bored more often. The faster people accept, instead of dragging, boredom the faster people would adapt to it.

Osiris,
Your title immediately caught my attention. Boredom is certainly something we’ve all encountered in our lives. It is also something that we typically think of in a negative light. I like how you acknowledge that boredom is not typically an enjoyable experience, yet you still suggest ways that it can become useful in our lives. You could even connect this story to the benefits of meditation or how silence affects our minds. I’ve attached an article to this comment that I think might be helpful if you choose to pursue the effects of silence on the human mind and body.

That’s a very interesting point Osiris. It is very easy to fall into a “funk” when boredom hits, even if there’s a lot to do and time to do it, doing nothing seems like the better option in the moment. I liked how you wrote “I think that if people stopped and appreciate their “boredom time”, they would start to see how they can benefit from it. ” This points out how most people, including myself, don’t realize everything we could be doing to better ourselves. Now, I believe taking some time to relax is important for our mental and physical health, but, in this quarantine time, we seem to be bored more than we aren’t, so there comes a point where we need to get out of that “funk.” I think what would be very helpful is HOW to get out of that state of boredom, it’s hard to just get up and get going, many of us need more tricks to help us. Here’s an article from the Guardian I found that explained how easy it was to fall into such bored states that I found pretty interesting. https://www.theguardian.com/lifeandstyle/2012/oct/14/boredom-is-bad-for-health

Dear Osiris,
I am interested in your writing, “is boredom a good thing?” because i though you made a good point with learning to look at boredom with a positive attitude, then boredom may not seem like such a bad thing. one thing you said that stands out for me is “The faster people accept, instead of dragging, boredom the faster people would adapt to it.” i agree that the sooner you except boredom, the quicker you can adopt and be happy. you inspired me to accept boredom, and to just make the best out of situations. thank you for your project.

Dear Osiris :
I’m impressed with your post “Is Boredom A Good Thing?,” because It is impressive that a person instead of considering boredom something bad we should consider it something of an advantage.
One sentence you wrote that stands out for me is “One way to get used to boredom is by using our creativity and imagination” I think this is impressed because… boredom that really in this quarantine we get bored very often
Thanks for your writing. I look forward to seeing what you write next because I am very interested, your publication is very interesting, how did you talk about boredom.
Daisy

Dear Osiris,
I really liked your post “Is Boredom a Good Thing?” because it shows the highs and lows about boredom and what to do to solutionize this issue. One sentence you wrote that stands out for me is ” Boredom is something that can not be avoided, everyone gets bored now and then and it should be normalized.” I agree we need to come up with something productive to get our mind off of the idea of “being bored”. Thanks for your writing. I look forward to seeing what you write next, because you really opened up my mind to this way to cure boredom. Also because I get bored frequently and i don’t know what to do about it but that’s a diffrent story now. I can’t wait for your next discussion post sweetie.
Sincerely,
Gerardo

Dear Osiris,
I am contentful by your post ” Is boredom a good thing” because I absolutely agree with your belief about boredom, instead of looking at as a bad thing we could actually use it as a good thing and do anything using our creativity and imagination. Considering new hobbies or joining a club boredom also allows you to engage in self reflection. One sentence that stood out to me is “The faster people accept, instead of dragging, boredom the faster people would adapt to it.” I think this is important for everyone to know because boredom should be normalized because it should be something people use for free time. Thank you for your writing. I look forward to seeing what you write next because I agree with type of topic not everyone sees boredom this way.

I am interested by your post “ is boredom a good thing “ because I started to look at boredom in a different way . Boredom can be a space for you to look internally and listen to your thoughts , find new things you always wanted to do , change your fashion , the way you think , doing research, and more . I look at it as a way to ground yourself and look more into yourself .

One thing going you said that stood out for me is “ instead of looking at boredom as a bad thing , we should take advantage of it “ I think this is interesting because not many people look at boredom in such a positive way but I think that if we change the way we look at it and see it as an opportunity to get creative we can find out many things about ourselves.

Thank you for sharing your project . I look forward to seeing more of your writing because , it opened up a new way of seeing boredom.

Dear osiris, “Is Boredom a Good Thing?” opened up my mind when thinking of what boredom is, The way i see boredom is as a way to think and open up your creativity which you wrote about and i related to it so much, Why i think boredom is good on teens or just people in general it opens up a new way of thinking and you can go deep in your thoughts and understand thing you never understood before, It also it opens up new ideas you never though you had. Boredom is also good because we try and find new things to kill it such as reading, studying, etc. Also when we try to kill boredom with doing such activities we go in with deeper thoughts which opens up new ways of thinking. Love your article osiris keep it up!!.

Dear Osiris,
I enjoyed your writing , “Is Boredom a Good Thing?,” because it provided me with a new way of thinking about my bored moments.
One sentence you wrote that stands out for me is: “A way to get used to boredom is by using our creativity and imagination. Instead of looking at boredom as a bad thing, we should use it as an advantage. ” I always looked at being bored as an uncomfortable waste of my time. Like I should be doing something productive instead of staring at the wall. But, this sentence made me realize that boredom has produced a lot of good memories. Especially when I was a child, I always did something to keep myself from being bored. Whether that be playing with my siblings or creating something. The point is boredom can bring the creative and fun side out of you.
Alvaro Canales