Is Being Transgender An issue within Athletics?

Home Is Being Transgender An issue within Athletics? 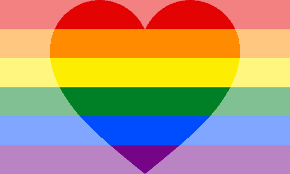 The main question that is being asked is should Transgender athletes be able to participate in sports even if they say that they are transgender? Many people are not agreeing with this because of the fact that there are people that are stronger in different fields on athleticism that are affecting the sport. Would It be fair for a transgender man to go throw a javelin in the Olympics if that person was considered to be a female?  Many people are confuzzled as this topic has made its way to the stage. Some people don’t even know how to react, that’s how effective this is changing the way that people look at other people.

Now a District attorney may bring civil action among a person if they choose so to get this changed so that the following person may not be able to participate. There are also very many factors to this there are the people that are taking others away and making it so that they have the choice to play and then there are the attorneys that are making it so that this won’t be a problem in some places of the world.  Many people are baffled by the fact that this is even an issue. There are so many other issues that happen in sports that should never have been to effect this issue.

This bill that they are thinking of using would also use the ban of sports and teams of the use of public places to get rid of the controversies with this topic. There is one person, in particular, that was named born as a male but is a female riding in the men’s cycling industry and has won the major cycling race just by using techniques that others may not have thought of.  How Would this change games go from basketball to football or any really big sport? this bill is there to stop this from happening even if a male that identifies as a female will still not be able to participate even if they identify as a female, they will be shut down by this bill.

Dear Riley, i think that your writing was amazing. one thing that you said that stands out to me is ” the main question being asked is being transgender athletes be able to participate in sports even if they say that they are transgender.” i really think that if someone is transgender they should be able to do sports that they want to and shouldn’t be not allowed to not do something just because they are transgender. I’m sure that` there are times where they shouldn’t play for reasons.