Is Attentiveness Worth the Risk?

Home Is Attentiveness Worth the Risk? 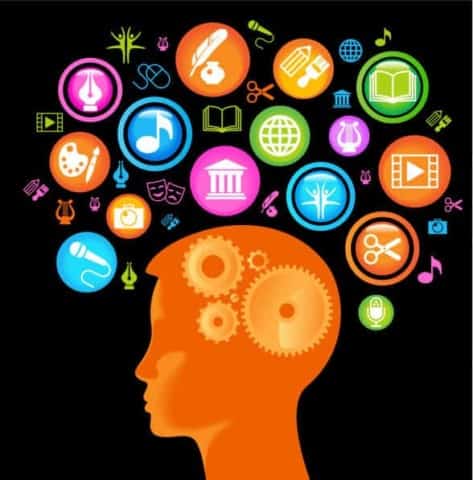 When I first started looking for a topic to research, I had a hard time finding an issue that I did not already have a strong feeling about and would allow me to be objective when researching sources. Instead of looking for topics that I was unfamiliar with, and therefore would have no bias towards, I chose to research the whether the effects of  the medications used to treat adolescents with Attention Deficit Hyperactivity Disorder and Attention Deficit Disorder were helpful or harmful. I chose to research this question because I have struggled with ADHD my whole life and have been prescribed a multitude of different medications to attempt to treat it. Each of these drugs affected me in different ways, both positive and negative, so I have mixed feelings about their use.

While gathering articles for my research, my focus was to find sources that discussed diverse points of view, as well as multiple arguments for both sides of the issue. I found an array of articles and studies, some of which introduced effects and benefits of these drugs which I had never previously considered or been aware of.

Because I personally feel that Adderall, the medication that I take for my ADHD, manages my symptoms quite well, which is also shown by participants in numerous studies that I read towards the beginning of my research, I was starting to lean towards the side that favored prescribing these drugs. One very recent article that I found on www.thefix.com , however, caused me to rethink the long-term side effects of these drugs when I read that one of these stimulants, Ritalin, “has the potential for causing long-lasting changes in brain cell structure and function.” This startled me, as I had never considered the negative effects that these medications could have on the physical brains of adolescents. This article also discussed the short-term side effects that come with taking many of these medications such as weight loss, irritability, shaking, and heart palpitations, all of which I have personally experienced while taking one of these stimulants. This made me weigh the benefits and consequences of these drugs more closely than I have before, ultimately leading to a change in my stance on this argument. I am now arguing that the harmful effects of ADHD and ADD medications outweigh the positive ones.

Another article that I found thought provoking and logically sound was one that discussed a much less costly option to manage ADHD and ADD symptoms than medication: Behavior therapy. This article from http://sks.sirs.com made me aware of the financial and medical benefits of behavior therapy for adolescents, which is something that is unfortunately not widely available due to so many children being prescribed drugs as a first resort. When I first began researching arguments for this topic, the financial aspect associated with these medications somehow did not occur to me. I now believe that it is in the best interest of both adolescents and their families to at least attempt to incorporate behavioral therapy into the child’s routine from both a financial and physical position.

Callie, this is not a research paper. This paper is all about you and the development of your opinion as you read more about this topic, that is not what a research paper is. A research paper is intended to inform the reader so that they can make there own conscious decision, admittedly there is a place for your own opinion but it shouldn’t take up your whole paper. You must include specific findings and reports as well as facts and data from many different sources and then draw on conclusions that can be easily understood by any reader. I didn’t see any of that in your writing. But with that being said this topic is very close to me, I too have HDD and have been on Adderall and then Ritalin up until late last summer when I decided not to take medication any more. I made my decision purely on observations I made on my own behavior and I would have found it interesting to read about others observations. That is why you need to have facts and figures instead of just your opinion, so people like you and me who are in the same situation can read it and maybe gain some insight on their own decision.

So i believe i owe you an apology Callie, I thought this was your research paper instead of a response. In which case I would love to read your actual paper if you wouldn’t mind.

This article was so interesting! I loved all of the research you did and how passionate you were about it! It is also so good that you cited your sources and so interesting that you changed your opinion based on the research you found. It does seem like there are a lot of negative side effects to these medications. What do you think some possible solutions could be? Should people with ADD and ADHD go off of medication? My cousin has ADHD and it was so interesting to learn more from a someone with personal experience.

Caroline, I think that behavioral therapy should, at the very least, be presented as an equally valid option for managing ADHD and ADD symptoms in children. This solution, however, is most effective when implemented at a young age, so I feel that doctors and parents should seriously consider taking this route rather than prescribing drugs to young children as a first resort. Your second question is very good one, but is also hard to answer definitively because each person taking these medications has a different experience while taking them. I personally have become dependent on my medication and would have a very difficult time functioning without it, which is the reality for many adolescents who have been taking one of these drugs for an extended period of time. If people are able to go off their medication or only take it occasionally, I feel that would be the ideal course of action. Thanks so much for commenting, I appreciate your input!

Callie,
as a person who knows absolutely nothing about what you are going through, I can appreciate what you’re bringing to the table here. I like how your personal experiences bring some warrant with them and they strengthen your argument. Congratulations on a wonderful start and I’m looking forward to hearing you research.

This is a really interesting topic, maybe because I don’t know much about it myself. I like how you switched your thought process after finding something that shocked you, and it might drive your research forward because of that. I’m excited to see what you come up with in the near future!

Callie, great writing. You made me think about topics that I had never thought about before. When you said that the negative effects outweigh the good ones I was surprised, but it made sense. In my own research I am researching the effect of no recess on children with ADHD. I am going to stay up to date on your research paper because I find it very interesting, keep up the good work.

Callie, the way you made the piece personal from the beginning made it more than just a research article. Your personal experience with scientific evidence made the issue easier to understand someone, like myself, who knew very little about this topic. Once I understood your reasoning behind this topic it made me interested to know your stance, and later come up with my own. However I think it would have been helpful to expand on the idea of behavioral therapy to further expand your argument. Overall, you did a great job.

I thought that you brought up a very good argument. I do agree with what you are saying especially after reading this article. I thought it was interesting how you mentioned that you leaned on one side but after more research and more reading you switched sides on the thought of using the medicines which have historically been proven to be harmful to other people without ADHD.