Home Is Animal Testing the same thing as Animal Cruelty? 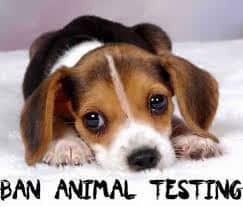 In this blog  I will be addressing the question, Is animal experimentation the same thing as animal cruelty? Personally, I think it is, imagine yourself contained in a lock caged, can’t even deciding when you can eat, or what you can do, sometimes being starved, sometimes not getting enough water. That is the life of animals in animal testing. You tell me, is that not human cruelty if that was you? After all, humans are animals as well, why must different species be treated differently, it’s just like racism because the color of their skin, people are being treated differently, just because they are a different species of animal they should still deserve the same kind of treatment, and care that a human does. According to “Speaking of Research”, “92% of drugs that test successfully in animals fail during human trials.”(SR) There has to be a better way than to be harming animals to find treatments. When such a low success rate comes up, why must we continue to harm animals. Why can’t scientist focus on alternative methods that might bring a higher success rate than testing on animals. I understand that scientist are moving towards using bacterial and computer simulations, but we can have more people working on that than on testing animals. Additionally, according to “PETA”, “Each year, more than 100 million animals—including mice, rats, frogs, dogs, cats, rabbits, hamsters, guinea pigs, monkeys, fish, and birds—are killed in U.S. laboratories for biology lessons, medical training, curiosity-driven experimentation, and chemical, drug, food, and cosmetics testing. Before their deaths, some are forced to inhale toxic fumes, others are immobilized in restraint devices for hours, some have holes drilled into their skulls, and others have their skin burned off or their spinal cords crushed. In addition to the torment of the actual experiments, animals in laboratories are deprived of everything that is natural and important to them—they are confined to barren cages, socially isolated, and psychologically traumatized. The thinking, feeling animals who are used in experiments are treated like nothing more than disposable laboratory equipment.”(PETA) 100 millions animals, thats a ton, in 80 years if humans died at that rate, there will be no humans left on earth. Especially at times when new epidemics come out and scientist are rushed to find treatments, more animals die. Do you think it’s ok to be born just so that you can die in a few months or a few years? Animals in testing labs are faced with this reality and should not be face with this kind of cruelty that we , humans can control. Lastly, according to “PETA”, “Despite the countless animals killed each year in laboratories worldwide, most countries have grossly inadequate regulatory measures in place to protect animals from suffering and distress or to prevent them from being used when a non-animal approach is readily available. In the U.S., the species most commonly used in experiments (mice, rats, birds, fish, reptiles, and amphibians) comprise 99% of all animals in laboratories but are specifically exempted from even the minimal protections of the federal Animal Welfare Act (AWA).(19,20) Many laboratories that use only these species are not required by law to provide animals with pain relief or veterinary care, to search for and consider alternatives to animal use, to have an institutional committee review proposed experiments, or to be inspected by the U.S. Department of Agriculture (USDA) or any other entity. Some estimates indicate that as many as 800 U.S. laboratories are not subject to federal laws and inspections because they experiment exclusively on mice, rats, and other animals whose use is largely unregulated.(21)”(PETA) This quote says that the laboratories that handle the animals aren’t even being mandated to the human requirements that are needed for animals treatment. The least thing that the laboratories can do for the animals is to treat them with the utmost care, so that at least they can enjoy a bit of their short life before they die and suffer during testing. We need more authorities looking over the animal testing process so that it goes as smooth as possible and that the animals don’t get treated as if they are disposable equipment. Even though there isn’t a law that say the laboratories need to give veterinary care or pain relief, they still should as if you were an animal as well, wouldn’t you want pain relief, or treatment? In conclusion, I believe there need to be changes to protect the animals from being mistreated. I propose that either a new law passed to protect the animals in laboratories from being mistreated or, just stop using animals in general and use different methods of testing drugs. There are many ways to go about this, and animal cruelty/testing shouldn’t be one of them.

“Experimenting on Animals: Inside The Monkey Lab.” YouTube, 7 July 2015, youtu.be/ocsPo53PCls. This video talked about animals testing specifically on moneys, how they were being treated in the lab and what kind of procedures occur inside the lab. This source is trustworthy because they showed both perspectives of the story, the people inside the lab working on animal testing, and those against it, protesting.

“Experiments on Animals: Overview.” PETA, www.peta.org/issues/animals-used-for-experimentation/animals-used-experimentation-factsheets/animal-experiments-overview/. This article talks about the inhumane treatment that animals face during animal testing. The statistics behind that, and how the labs treat animals during testing. This article is trustworthy because, People for the Ethical Treatment of Animals (PETA) is the largest animal rights organization in the world, with more than 6.5 million members and supporters. PETA focuses its attention on the four areas in which the largest numbers of animals suffer the most intensely for the longest periods of time: in the food industry, in the clothing trade, in laboratories, and in the entertainment industry. We also work on a variety of other issues, including the cruel killing of rodents, birds, and other animals who are often considered “pests” as well as cruelty to domesticated animals. PETA works through public education, cruelty investigations, research, animal rescue, legislation, special events, celebrity involvement, and protest campaigns.

“92% Of Statistics Are Taken out of Context…” Speaking of Research, 3 Sept. 2014, speakingofresearch.com/2008/07/25/92-of-statistics-are-taken-out-of-context/. This article talks about the success rate of the treatment that are produced thanks to animal testing. How it’s not the best way to go about things. This article is trustworthy because Speaking of Research is an international advocacy group that provides, accurate information about the importance of animal research in medical and veterinary science.

Dear Kevin,
I really like your post because I can understand and agree with it because I wrote about this as well. I really like how you argued with this topic thoughtfully because its wrong to test animals because its cruel and you show that examples from other sources that are well known experts about animal rights. The very top of the blog inspired me when you were talking about how would humans feel in the position of animals that are in cages locked in and crouched in fear. So I just thought that’s true and i really wanna see what other people think about the question because they should show empathy to the animals that are getting experimented on. Thank you for your post i look forward to hearing more of you.

Kevin, I really like this article. especially when you said “Each year, more than 100 million animals—including mice, rats, frogs, dogs, cats, rabbits, hamsters, guinea pigs, monkeys, fish, and birds—are killed in U.S. laboratories for biology lessons, medical training, curiosity-driven experimentation, and chemical, drug, food, and cosmetics testing. Before their deaths, some are forced to inhale toxic fumes, others are immobilized in restraint devices for hours, some have holes drilled into their skulls, and others have their skin burned off or their spinal cords crushed” I strongly agree that animals should not be an experiment for people.” I think that they are like people they also have feeling.

it isn’t right to have animal testing