Is Animal Testing Ever Justified?

Home Is Animal Testing Ever Justified? 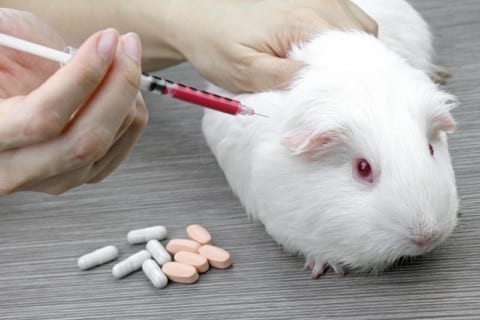 Animal testing is an important issue because more than 100 million animals in the US suffer and die from chemical, medicine, nutritional and cosmetic experiments each year. In biological science, animal testing is common. A lot of animals are taken to laboratories to test different medicines on them. I believe that animal experimentation is dangerous and cruel because during experiments animals can feel severe pain or even die.

One reason to eliminate animal testing is that animals have rights, just like humans, and these rights are abused when they are used for scientific purposes. Animals are kept like captives when they are taken for an experiment.  A lot of animals across the country like rabbits, rats, cats, and dogs, etc are kept in cages. They see other animals going through the pain and they feel depressed and scared. Sometimes they can develop behavior like biting themselves, spinning in circles, and pulling out their own fur. They sit there and wait to see if they will be free someday or maybe wait for their turn to go through the pain that other animals went through.  Tom Regan, a philosophy professor at North Carolina State University, states: “Animals have a basic moral right to respectful treatment. . . .This inherent value is not respected when animals are reduced to being mere tools in a scientific experiment”.  In this quote, Tom Regan says that animals have a moral right to be respected and have freedom.

Another reason is that animals have to go through so much suffering when the medication and toxins that cause pain are inserted into their body.  For example, there are two most frequent harmful experiments in the laboratory. Draize and LD50. Both tests are really risky and cause animals often die.  In the Draize test, the chemical or product is put into the eyes of animals and then they monitor if the animal has damage in any tissues of the eyes. These examinations are really painful and often lead to blindness and death.  LD50 is a test in which a large amount of chemical or test product is put into the animals until they die. This experiment is really painful for animals because sometimes it can take weeks to die. Animals have to suffer from vomiting, diarrhea, and many other illnesses. Some people say that animals don’t experience pain the same way that people do”The American Veterinary Medical Association defines animal pain as an unpleasant sensory and emotional experience perceived as arising from a specific region of the body and associated with actual or potential tissue damage”. There are also a lot of dangerous surgeries that are done on animals. These surgeries are really painful and risky.  Organ transplantation, open-heart surgery were developed by using animals.

Some people might argue that testing animals leads to cures and procedures that save human lives. I must refute this argument because animal life is just as important as human life, and it is selfish to kill animals to save people. Humans, too, are animals. If people want to live openly, so animals will want freedom. They have emotions, but they do not show them as humans do. “Research by Liverpool John Moores University (LJMU) has found that our furry relatives may share many of the same emotions that humans experience in everyday life. … Though animals cannot express their feelings linguistically, researchers have found that like humans, their emotions can be expressed through actions”. Animals can express their emotions through different actions depending on what kind of groups they are from.

Testing on wildlife is unsafe. This causes the death of many animals because of the harmful compounds that are used for the experiments. There are many other methods to test many different pharmaceutical goods without using animals.  The solution to this issue is that you can follow the three R’s: “Replace, Reduce and Refine” to make the experiments less painful.  Replace means using an alternative method that does not involve animals. Reduce means minimize the use of animals as much as possible. Refine means reducing suffering and improving animals’ living conditions.  In conclusion, since animal rights are being violated, animal experimentation should be abolished.