Is AI Being Biased?

Home Is AI Being Biased? 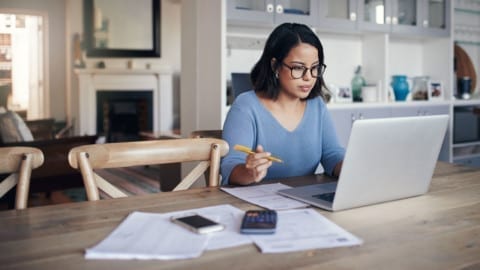 Artificial intelligence and technology is being used on a daily basis not only by teenagers but by companies as well. These past years it has been used more frequently by big companies during hiring processes.

But how does AI learn to sort through the hundreds of applicants? What do they look for the most? Whom do they reject?

According to Upfront’s latest magazine issue called, “The Hidden Biases in AI,” we get an in-depth explanation of this. Software and technology have adapted human preferences when it comes to hiring people. But because these preferences are biased, it has been carried onto AI being biased as well.

For example, AI believes that male applicants are preferred rather than female applicants. So when AI sorts through resumes, it automatically eliminates and rejects applicants that have the word ‘female’ in their resumes.

As of now, companies and other software developers are working hard on developing and improving AI so that hiring people is easier and to make sure that the correct and qualified people, no matter their gender, have an opportunity at the job.

Diana, this should be a problem that is more widely addressed. Do you think there is a reason that people are not hearing about the biases programmed into AI during the hiring process? I would think that such a stark issue should be talked about more. In the efforts to reprogram the AI, how does one insure that absolutely no bias is included in the machine? Should applications be devoid of any irrelevant personal information? Great job on the article.

Diana,
I never thought something artificial could produce human biases like this. It makes me wonder how these biases are programmed in or created. I found it interesting how the AI biases directly line up with the ones found here, as many humans who hire for companies tend to choose men over women, just like what the AI does. I feel like this connects to ads, such as the ones on Instagram, that specifically target people based on race, gender, location, and more.
I found this pretty interesting article on types of AI biases you may like https://research.aimultiple.com/ai-bias/
I would love to see ways on how to combat this type of AI prejudice. Thank you!

Dear Diana :
I am quite curious about something you said on your post. More specifically, where it said about AI sorting resumes.
One sentence you wrote that stands out for me is: “As of now, companies and other software developers are working hard on developing and improving AI so that hiring people is easier and to make sure that the correct and qualified people.” I wonder why if it seeks for qualified people, it tend to choose more men.
Thanks for your writing. I look forward to seeing what you write next, because you seem like a decent writer.