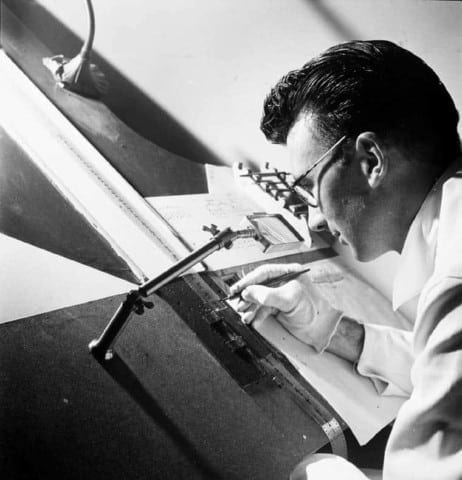 Is 2D Animation disappearing from mainstream media? In 2013, Disney, a company that produced fantastical pieces such as Fantasia, Lion King, and, The Little Mermaid announced that none of their animation companies were working on traditional 2D animation and never plan on returning to it again. With the rise of a variety of successful 3D animation studios including Laika (who also in tandem use stop motion animation), Dreamworks, and Disney, there seems to be little room in pop culture for traditional 2D animation anymore. So, the question is: will we see the decline and eventual disappearance of traditional animation?

The answer is maybe.

Although 3D animation is heavily focused on computer generated images and models, there is still a requirement of animators to have a base skill in cartooning as well as 2D animation. The breakthrough with 3D animation is that the frames in between certain motions can be computer generated and not have to be hand drawn. However, according to John Lasseter, chief creative officer of Pixar Animation Studios and Walt Disney Animation studios, 3D animation takes a lot of references from traditional animation. However, there are instances where computer generated images allow animators to easily control and focus solely on the movement instead of worrying about lineart, color, or even the characters shrinking or growing.

Fortunately, this does not mean that 2D animation will be gone forever. There are those passionate with 2D animation including those at Cartoon Network as well as Disney Channel XD. As long as there are people willing to make good art with their media, the media will never die.

“Why 2D Animation Should Be Abandoned”-
http://www.animatorisland.com/why-2d-animation-should-be-abandoned-part-1/

Dear: Sharlee
I enjoy reading your post Is 2D Animation Disappearing¨ because it shows how 2D animation is slowly going away over time and how companies like disney, and pixar animation studios are now making 3D animation. 2D animation was the best animation today, but now the focus is on 3D animation which is heavily focused on computer generated images and models, but their still requirement of 2D animation like cartooning skills and ect, but 2D animation will probably disappear.

Thanks for your writing. I look forward to seeing what you write next, because your posts are amazing and I did not know tht 2D animation was Disappearing, Look forward to your next post.

Dear Sharlee,
I am interested in your post because i agree with your statement that 2d animation might be not seen as much as 3d animations.
One thing you said that stands out for me is: “With the rise of a variety of successful 3D animation studios including Laika (who also in tandem use stop motion animation), Dreamworks, and Disney, there seems to be little room in pop culture for traditional 2D animation anymore” I think this is interesting because im more interested in 2d animations like rick and morty or the simpsons. these are very amazing 2d animations that a lot of people like and for some like these animations in 2d then 3d.
Your post reminds me of something that happened to me. One time i tried to watch a show in 3d but i feel like 2d is better so everyone ahs their own feelings.
Thanks for the post

This is a very interesting post, Sharlee! I do agree that Disney and other big brands are moving away from 2D animation as it may be time consuming and less realistic than 3D animation, as you said, “Disney… announced that none of their animation companies were working on traditional 2D animation and never plan on returning to it. Although, have you considered traditional Japanese animation, or more widely known as Anime? I think it would be good to touch on how 2D animation is being affected in both western cultures and eastern cultures. I’ve had my fair share of anxiety about anime’s decline (https://kotaku.com/evangelion-creator-predicts-the-death-of-anime-1706738732), so I’ve done my own research and there have only been predictions, no hard evidence that Anime will decline, unlike the 2D animation that Disney is straying from. I want to thank you for this post, as it made me think about how traditions are changing within the world of animation in both western and eastern cultures. I’d love to see more research on this topic and what will happen in the future. It’ll be interesting to see the new information that will surface!