Inventions That Changed the World

Home Inventions That Changed the World 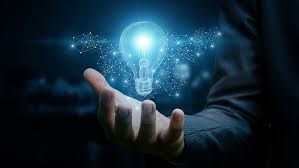 In the article, ” Inventions That Changed the World” (UPFRONT  Mary Kate Frank 2022} I learned about the compass that was invented in china during the 11th century. It is an interesting topic because it talks about why and what they used in order for it to be created. China was one of the first civilization to develop a magnic compass that was able to be used for navigation. before this invention, people used to use the stars, sun, and familiar landmarks in order arrive to their destination or hope for the best. So as we know it is something that changed the world because it is was a greater way to navagate from point A to point B with this compass then how it was before it was invented.

Another great invention was the light bulb, that was invented by Thomas Edison in the United States in 1879. He was very determined to create the first light bulb in which he was successful. This invention changed the world tremendously because it increased work efficiency, and allowed for greater prouctivity. It also improved working conditions such as hospitals, schools, and businesses.

In my opinion, The light bulb and compass were both truly one of the most important inventions that were ever created in the world. they were truly the best inventions because they both accully benefited our saftey more.

I learned about the compass that was invented in china during the 11th century.” because it was cool to see when the compass was made

Thanks for the writing. look forward to more because it was interesting to see what was created that changed the world.