Into the wild book review

Home Into the wild book review 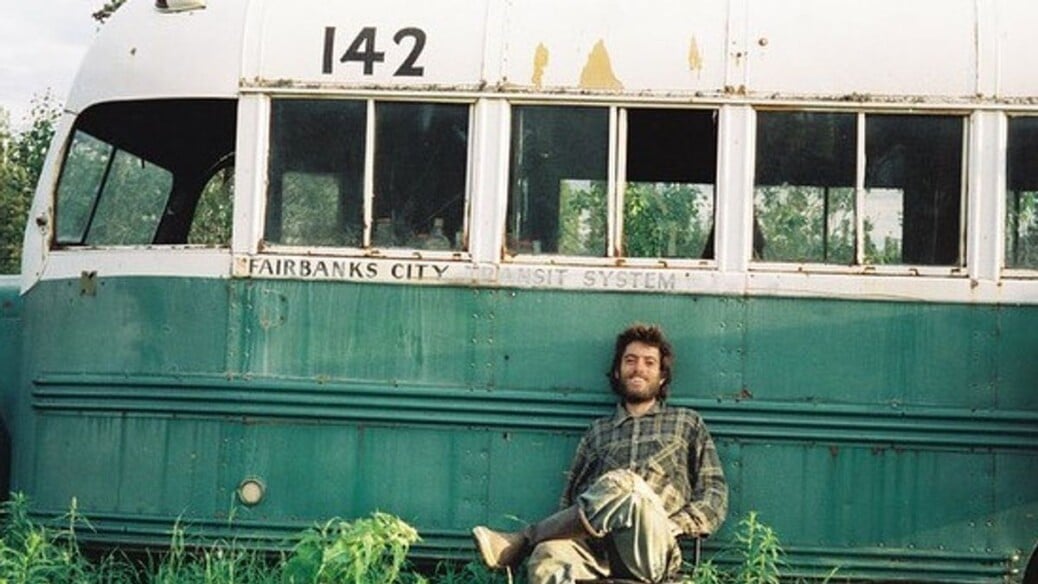 It was not murder, there was no conspiracy. When the cause of death was peeled away, people gradually understood the process of his physical disappearance, but they fell into greater shock and confusion.

He didn’t want to die, but he brought his own death. Many are deeply sorry and respectful. (All images are from into the Wild.)

In early September 1992, several hunters went deep into the Wilderness of Alaska, USA, and accidentally found an abandoned bus. Inside the bus, there was the decomposed body of a male

In the normal course of his life, he would have enjoyed the summer after graduation and then gone on to Harvard Law School and become an elite member of society.

Why? He died alone in the Alaskan wilderness? Ten years in the Making – American adventure writer Jon Krakauer penned a lengthy report shortly after the body was found. Since then, Jon has traced the young man’s mysterious path to death, publishing his 1998 book, Survival in the Wild: Death in Alaska, to great acclaim. An “eccentric” graduate from a prestigious university

The summer after Chris graduated from the prestigious Emory University, his parents were horrified to discover that he had disappeared.

The telephone is not working, the rent has been returned, and all the letters to him are back in front of us intact. Straight A’s came home, Harvard Law school was about to start, and Chris just disappeared.

If there was ever a sign of this disappearance, Chris himself is probably the best explanation.

On graduation day, Chris’s parents offered him a new car and told him to get rid of his “junk” Datsun.

Why do I need a new car?

You think I want all that swagger?

Are you worried about what the neighbors think? Chris’s strange “overreaction” has turned this celebration into an awkward one. The parents clearly don’t understand their son any more than they really do Chris.

Busy with their careers, their fights, their pretense, their understanding of their son is just a collection of social labels — good boy, top student, promising future…

His sister, perhaps the only one who understood him,

Chris was always driven, always a risk-taker. When he was four, he wandered six blocks from his home at three in the morning, and he was found in a neighbor’s kitchen, standing on a chair, digging in their candy drawer.

In the summer of 1990, after “four years of absurdly tedious responsibility to finish college,” he opened a bigger drawer of life. With no direction and no end, Chris ventures down a cruel and lonely path.

Along the way, Tolstoy, Jack London, and Thoreau were his bosom friends; He took the books of these ancestors and kept a record of his own walking feeling. It was July 1990, and Chris was driving on an endless road, ignoring roadside signs — flash flood-prone areas — and his car ended up stuck in the mud.

He simply abandoned his car, destroyed all his documents, set his last dollar on fire, and stepped out into the world with his meager luggage. Chris was so determined to break away from the identity of normal social people, cut off contact with relatives. He belongs to himself alone; He is his whole world.

New Boy Chris has a name for himself: Alexander Super Wanderer.

You’re my Super Apple — the parents realized that Chris didn’t want to be found, but they hired a private investigator and alerted law enforcement across the country, determined to find him anyway. Chris, on the road, was content to be a child of nature, even chattering about the excitement of eating a wild apple he had picked himself.

Life returns to the primitive and plain state, living and sharing with nature like flowers, birds and animals. In response, Chris wrote of his feelings: “To find yourself for once in the oldest environment of mankind. To face the silent rock alone, without any external help but your hands and your own mind.”

He went to the Pacific ridge, in the primeval jungle, looking up at the sky with the deer; To be a farmer in the wide fields, helping to reap the wheat; He asked for tips on how to survive hunting in the wild; Living in a cave for 36 days, he “stowed away” to Mexico in a battered kayak through the spillway of the Morelos Dam and into a maze of irrigation canals; Unable to cross the border back to the United States without identification, he picks up a train at night and travels to Los Angeles, where, among the homeless, Chris, ragged and penniless, sees a different side of the glossy city.

He looked at the strange city life with the eyes of a pure spectator. This once very familiar environment made him feel lost and flustered. He almost “escaped” from the relief station where he had planned to stay and fled to pure freedom. Chris grows in the freedom he

craves, and after the novelty and excitement of adolescence, he gradually realizes the cost and cruelty of freedom.

He was beaten by the station manager for grabbing the train. Working in a fast food restaurant without socks, he was disliked by his female boss. But for Chris, being without possessions made my life even more exciting, and I decided to live with it until one day. The beauty of this freedom and simplicity is hard to miss. I chose to work at a fast food restaurant to save money for my trip to Alaska. Going deep into the Alaskan wilderness to find some old mountains to climb became Chris’s deepest obsession after more than a year on the road.

Though the journey was arduous and there were plenty of tender reasons for him to stop, fate led him one step at a time to the old bus. Is this Alex the same alex as he was when he set off in July 1990?

Long-term malnutrition and road bumps have cause significant damage to his body, he lost 11 kilograms, but early refreshed stray, the broken straw hat wearing pretty to Chris met a pair of male and female, Jane and rennie, they rv drive stray, invite Chris to they stray base slab city, good Jane said would send him a gift.

They bonded and spent a simple and wonderful time together, but Chris chose to leave one morning. Friendship, love, family, are cut off in Alaska.

After a long trek, Chris finally stepped into the vast, uninhabited wilderness of his heart. He took ten pounds of rice and other necessities and planned to stay there for several months.

Chris has his own reasons for this choice:

In fact, nothing kills a person’s sense of adventure more than a secure future. The spirit of adventure is at the heart of a person’s life, and the joy of life comes from discovering new worlds. There’s nothing more joyous than a new horizon and a new sun each day. Walking knee-deep in snow in May 1992, Chris found a bus abandoned in the wilderness. Thrilled, he named it the Magic Bus and used it as a foothold to continue his life in the wilderness.

Week 3 – Far away from human civilization, Chris feels pure freedom in the wilderness, but also has to face the test of the wilderness, food shortage, hunting is not good, life gradually into trouble.

Chris was still warm and determined, buoyed by the same insights he had encouraged Rong: If you think happiness in life comes primarily from relationships, think again. God gives joy to all things, and joy is everywhere, and we can experience it in everything. What we need to do is change the way we look at things. In the seventh week — in June, he successfully shot a moose weighing about five or six hundred pounds. When he took the gun, Chris, a kind-hearted man, was trembling, but survival made him have to start a bloody dismembered body.

He cut up the rest of the meat, smoked it and stored it. He had asked a South Dakota hunter for advice on how to hunt and save meat in the wilderness, but had never actually done it. Week 9 – The smoke didn’t work, and a few days later Chris pulled open the stored meat to find it crawling with disgusting maggots.

It was a disaster for Chris, who was short of food, and he wished he hadn’t shot the innocent moose. He made a cross beside the discarded venison, hugged his knees and wept. After more than two months in the wilderness, Chris plans to leave. And he learned more about the wilderness:

There is a palpable sense of a force that is not friendly to humanity. It was a pagan sanctuary, and it nourished a people who lived among the mountains and the wild animals. Tragedy struck. The Tekranica River in its path was swollen and turbid as far as the eye could see. The attempt to cross was a complete failure and nearly killed. Back on the bus, Chris wrote:

Unable to cross, alone, scared. Unbeknownst to Chris, who had no map and no means of communication, there was actually a place about 800 metres downstream, at the throat of the gorge:

There, between the banks of the river, there happened to be a steel cable to cross the river. Food was so scarce that Chris had to pick wild fruit to feed himself.

Eating moldy wild potatoes, food poisoning, which I survived for a while, was nothing more than a delay in death. By this time, Chris was skinny and slow, and even getting dressed had become a major task. With the strength he had left in his life, Chris wrote one last thought on the page.

Tears blotted out his loosing eyes, and all the scenes of his life came back to him in a flash, distorted, magnified, and then dissipated in Chris’s eyes. It was August 18, 1992. This book focuses on the expression of Chris’s family conflict, his parents’ false marriage and life had a great impact on him, so that he longed to get rid of this hypocrisy since childhood, and also provided a reasonable reason for leaving.

After a few twists and turns, he was asked to recall the beauty of his family and write a final line on the page: “Only sharing can bring true happiness.” Gives the book a happy ending. Chris uses the most extreme way to invest in nature, cutting off civilization, emotion and rationality, and obtains many experiences that are hard for ordinary people to have, so as to satisfy his pursuit of life. Finally, he also dies in the cruelty of nature.