Intellectual Conservatism Does Not Exist

Home Intellectual Conservatism Does Not Exist 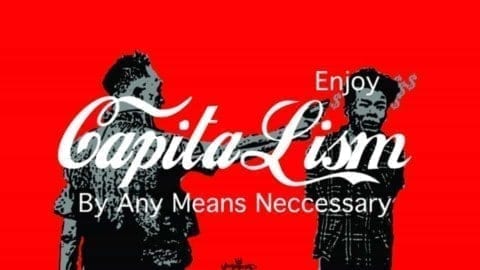 Intellectual Conservatism is no more than a myth. Conservatism is the general notion that preserving the status quo is the best social and political route for society. This is not reactionism, but the status quo is not the Divine Right. Ironically most people who claim to be conservatives are in fact reactionaries, which makes it difficult for true conservatives to be understood. But, how can an individual be conservative and intelligent at the same time?

The scientific method, in its contemporary state, is not compatible with conservatism. Science is about the disproving of the status quo. If there was legitimate evidence that supports a notion that gravity does not exist, according to the scientific method, we would no longer provisional accept gravity as a weak force. Science only works when we desire to disprove all the present notions and theories, even if all rationale shows otherwise. Because conservatism is about upholding the status quo, it is not compatible with science. It is similar to religions that state, and implicitly suggest, that the currently accepted laws of the universe are and can be overridden by a transcendence. Simply because science and conservatism are not compatible, conservatism cannot be intellectual.

Someone might argue that conservatives have intelligently contemplated, with the help of empirical data, and have come to the conclusion that the best course for society is the status quo. Convincing argument? No. There is no empirical data to support the status quo. The status quo involves broken and undemocratic voting systems, racist policies, uninformed economic systems, polarized politics, a massively unequal distribution of wealth, and terrorism. The status quo means there is more social mobility in Germany and Norway than there is in the United States.

My argument against conservatism can be applied to the other side, but, being pro-change is significantly less intellectually limiting. Someone who wants change does not assume that the status quo is perfect, infallible, or even worthy of being defended, they want to destroy the status quo. Counter example: liberals are very supportive of Roe vs. Wade, but abortion laws are not perfect and need fixing.

There is a place for upholding the status quo, but that is almost always to combat reactionaries. Society is not perfect, and until it is, we must always challenge the status quo and we must be critical of the change we wish to enact. The change has to be worth the temporary harm that it causes.

If any individual reading this happens to be a follower of conservatism, or if you just generally disagree, please comment. I may be entirely incorrect, so I welcome this discourse and the disagreeing.

Social Mobility (this is an overview article, I would recommend reading the actual report: http://www.politifact.com/punditfact/statements/2013/dec/19/steven-rattner/it-easier-obtain-american-dream-europe/

This is a very interesting point of view. I think the definition of conservatism can sometimes be subjective which is where people run into disagreements about this topic. Personally, I think both conservatives and liberals can be intellectuals but would agree that often the progressive nature of liberals leads them to be more open-minded and therefore curious. Curiosity is the key to intelligence in my opinion.

Very well written, Andrew. However, there are some flaws in your argument. Conservatism does not entail maintaining all policies and the “status quo” of the past. It is the arguement to utilize the ideas and policies that have functioned well in the past, and maintaining those policies. One could argue that liberals are more willing to take risks than conservatism. The argument by conservatism against liberalism is that the implementation of new, unpracticed ideas and policies is too large of a risk for the government. They believe it is safer to implement ideas and policies that have worked in the past, and will obviously not implement the ones that do not work.

Thank you Zach for commenting on my post.
I did not make this clear in my post, but there is a vast difference between conservatism and the “american conservative”. As defined by Wikipedia: “Conservatism as a political and social philosophy promotes retaining traditional social institutions in the context of culture and civilization.” I thus interpreted this as the maintaining of the status quo. I agree that conservatives (adherents of conservatism) are about using the previously effective ideas in favor of newer untested ones. I entirely agree that individuals who pro-change are always willing to take more risks than conservatives. / side note: liberalism is not always pro change, liberalism is about the expansion of freedoms and equality/ The first little allegory that comes to mind when I think of conservatives is the saying, “if it aint broke, don’t fix it”. In my opinion, this is a terrible saying. Everything can be improved and just because it is effective now doesn’t mean it shouldn’t be improved. An example that I am knowledgeable on is general relativity vs Newtonian physics. Newtonian physics is what scientist used to launch satellites into orbit and was the physics that got us to the moon, but it is wrong. General relativity, given our current understanding, is the best, most correct theory that we have. Back to conservatism. Usually the reason for not enacting change is because the means do not justify the ends, or the end is not worth it to risk so much. Ironic as most “liberals” that I know say conservatives are the ones who say the ends justify the means. There are many ends that the means don’t justify, but with prudence and skepticism change is a great thing.