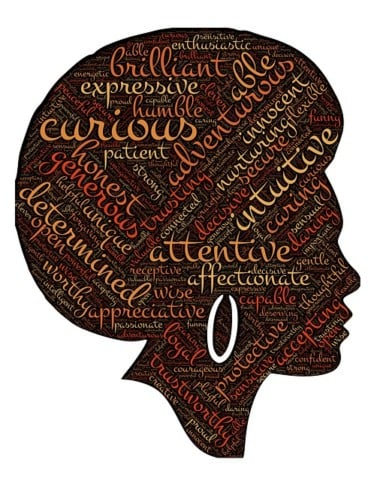 I believe in the word integrity, which means being honest when someone is around and when they are not. In my perspective integrity is a keyword, and this keyword is a major thing in life. Everyone needs to have integrity and understand the meaning the word holds. For example, if you don’t curse in front of your parents when you’re with your friends, then you shouldn’t curse when your parents are not there. However you’re still probably going to still curse, but that’s what I’m trying to get at, integrity can be performed in many situations. For example, if your supposed to run laps in football practice, don’t start walking when coach looks away, keep running, you have a responsibility to uphold and you shouldn’t act differently just because your superior isn’t around.

Many people tend to follow integrity like when they don’t talk back to their parents they also don’t talk under breathing when the parent is or isn’t present. That’s an act of integrity, or when you are in a relationship, if you are not supposed to do something that your partner has told you not to do, therefore you shouldn’t do it. Integrity makes people mature and helps them take responsibility, they do right by anyone and they don’t do the wrong things behind someone’s back, Integrity builds loyalty, love, and trust. Those three words are incorporated in every relationship, in dating, friendships, or family. If you have integrity they won’t have to worry about you doing something wrong.

As I said before loyalty is incorporated with integrity. As an example, I’m going to use a relationship as a representation. Being loyal will have a positive effect on the other partner, it will encourage them to be loyal and that’s when integrity comes in, if can they actually stay true to what they said, can they have enough self-control to stop themselves from looking at the opposite sex, or to not hang out with the group their not supposed to be with. The thing about integrity you might never know if their doing right about you, so that’s when you learn how to trust that person. Plus, why wouldn’t you trust the person your dating.

But the truth is, trust is key. How are you supposed to be at ease when your loved one goes out somewhere and all you do is think they going to do something bad. That’s a bad mentality, you have to trust them, it will put your heart at ease, it isn’t worth the stress to keep thinking that they are doing something bad when they could being the exact opposite and actually following and obeying your feelings. I know this because I have been in a relationship where integrity and loyalty and trust were big things. I needed someone who could trust me when I go out and I wanted be able to trust her when she does. I didn’t like having trust issues because it messes up my mind.

But too many people have left my life, my mom, my dad, my brother, my friends. These people were the people I depended on and I needed them so when it comes to relationships I always think the person will leave me, In addition I felt like I had to prove everyone that I could do right by them even when they aren’t looking in order for them to stay, I tried so hard and always failed. Failing hurts, especially when the mission is trying to keep someone who has a great value to you. So because of my fear of losing someone integrity built up and that lead to people trusting me and next I know they start doing right by me.  But that’s not how your suppose to go about it. Fear doesn’t spark the integrity, or should I say it shouldn’t spark it because sooner or later people will stop caring and stop being afraid and that’s what I ended up learning.

Therefore it has to begin another way, the idea of that specific person not having the desire to be hurt is mature enough way to realize hurting someone even when they aren’t looking is still wrong. People started doing right by me because of the effect I had on them, I told them how much they meant to me and made them a priority, I made them family and in result they devoted their love to me. Integrity has many definitions and it can give many feelings and comfort. I felt like the only way to get loyalty is to lead by example, so I showed I was loyal to them, but I chose wisely because some of those people don’t deserve it because some people just don’t care about you. I was hurt many times, so I take loyalty serious because I don’t want to be with the someone who will hurt me, so I give them a reason not to. I’ve had people who I have dated who knew my past and what I have gone through, they knew I still cry about mother everyday and they just didn’t see that the fact that they are there with me it stops me from crying, they were the one that gives me that comfort. I’ve never had that mother figure in my life so when I’m in a relationship I kind of get that love that a mother gives to her child. My mother died when I was young and I never got to meet her. This is why relationships mean alot to me because the most important relationship I’ve ever needed I don’t have. And dating relationships holds good meaning and so do friendships, the people who I call family. My biggest lost was something I’ve never had, my mother. I’m telling you all this because everyday I want to do right by her. She is the reason why my integrity was built. She isn’t here with me but that doesn’t mean it’s okay to do bad stuff because if momma was still around I know she wouldn’t play that. She is also the reason why my main core value is Love. I always wanted mother love.

Even though I have a step mom she always treated my side of the family different. Plus my stepmom always hated momma. The hate she had for momma transferred to me and my side of the family because all my step mom could see was the kids she had to take care of that aren’t even hers. Love and integrity mean everything to me, and so does trust. I miss momma and I know she would give me everything I would need. Unlike my step mom who would say she loved me but talk bad behind my back. See loyalty takes a big roll in my life because if I am showed love by a female who I have romantic feelings for, I want them to stay true to me, don’t be like my step mom and say one thing and do the exact opposite.

After most of that happened in my life then I started to know when someone truly loves me. When you truly love someone you aren’t supposed to believe that they are doing something wrong, or if you hear something about them you don’t believe the rumor but instead you defend that person. That’s true love, so you have to learn loyalty, trust and integrity, because you can truly love someone if you can’t rely on them to not hurt you, or should I say you shouldn’t love someone who can hurt you and would do so just because they know they can. If both people follow the sequence then true love will form and there will be trust and loyalty. These aren’t the elements of true love but the few steps that must took to truly understand the elements of true love.