Inside the Mind of a Children’s Book Author

Home Inside the Mind of a Children’s Book Author 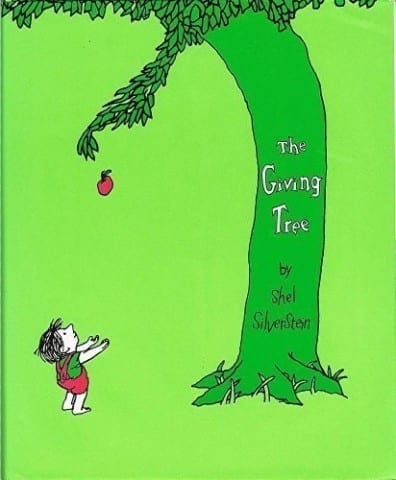 Arguably one of the most difficult areas of writing to succeed in, children’s books strike the balance between a compelling message and descriptive plotline with entertainment that captivates the harshest of critics. There are a lot of assumptions made about children’s books and how authors should compose one, for example a simple storyline with a happy ending or limited vocabulary with short sentences. However, two of the most famous children’s books authors, E.B. White and Shel Silverstein, display their craft in a way that goes against these assumptions, creating tales filled with complexity, fear, and sorrow, themes that prove quite the feat to turn into an entertaining and children approved novel.

E.B. White, famously known as the author of Charlotte’s Web, notoriously threw larger vocabulary words into his pieces as a challenge for his young audience. He wrote by the motto that “you have to write up, not down,” arguing that “anyone who writes down to children is simply wasting his time” (Popova). White asserts that a writer cannot cater to the stereotypical simple minded child pleased by rainbows and sunshine. Instead a writer “should concern himself with whatever absorbs his fancy,” reflecting a child will accept whatever is put forth in front of them, an open minded outlook not impeded by obscure vocabulary or a dark plotline (Popova). Children are the most attentive, eager, and sensitive audience and have the capacity to see clearly through a played down story, taking offense to assumptions made about their likes and capabilities. Through White’s words, the key to being a successful children’s author is not being afraid that a child will not understand every minute detail of a piece and having confidence in the ability of his or her audience.

Shel Silverstein, the author of The Giving Tree and other novels, placed himself in his own category of children’s book writers, taking a more dark route in his pieces. Raised in a less than ideal environment, Silverstein’s background and interest showed through in his writing, to the point where his novel Where the Sidewalk Ends was banned in libraries throughout the world. Readers and publishers argued it promoted “drug ils, suicide, death, the occult, violence, disrespect for authority, disrespect for truth, and rebellion against parents,” topics which adults tend to censor from children to maintain their innocence for as long as possible (Margalit). While the novel tackled sorrowful topics, “it also happened to be a book that perfectly encapsulated the idiosyncratic concerns of childhood,” emphasizing Silverstein’s lack of filter and confidence in his own ability to write a coherent story which appealed to children while introducing them to the evils of the world (Margalit). Umbrella parents censor their children from the dark side of society out of fear that their pure and happy little girl will become depressed and “grow up too fast”. Silverstein purposefully did not end his stories happily to slowly mature the minds of his readers and better prepare them for the troubles life brings later, making them less of an insurmountable wave and more of a smooth sail.

E.B. White and Shel Silverstein both produced timeless literature which matured the minds of the young and did not censor nor downplay content, vocabulary, imagery, or emotions. Children are the harshest critics, and writing to appeal to their complex minds is a feat not many writers can achieve. While not every children’s book centers its message around mature themes and lessons, children’s literature and children’s writers should not be afraid to step into such territory. A successful children’s book author is one with the confidence to be transparent with his or her audience.

Popova, Maria. “E.B. White on How to Write for Children and the Writer’s Responsibility to All Readers.” Brain Pickings, 11 July 2020, www.brainpickings.org/2015/02/26/e-b-white-writing-for-children/.