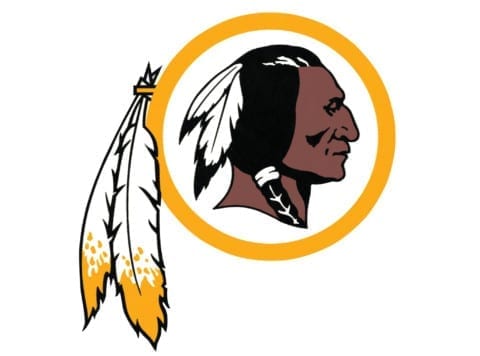 Indians, Redskins, Braves, Chiefs, Blackhawks. A history of racially insensitive team names and mascots in professional sports has persisted far beyond the time when it was acceptable, so why are they still in use? Many sports organizations that compete at the highest level have team branding that is very insensitive to Native Americans. They perpetuate native stereotypes and have them alongside traditional mascots, animals. Dehumanization, is a phrase that I think a lot of people ignore nowadays. They say that we got past it a long time ago, but we haven’t. And mascots like these are some of the things that are pulling it forwards. This issue is really hurtful for native people, but for almost all of the people who watch and support these teams it’s nothing. They wouldn’t look twice. This is why it’s taken so long to get rid of some of these mascots.

I am happy to say that things are starting to change. As of this week two of the big offenders have decided to rebrand their team. The formerly redskins are now known as the Washington football team, and the Indians have made a statement that they will change their branding but have not done anything as of 12-17-20. These are tremendous steps forwards and I am hoping that there will be more to come. These decisions came as a result of “significant pressure from major corporate sponsors” (White) but really it was the people who were and still are speaking out and protesting. Those that use their voice to fight injustice. It’s because of those people that big companies don’t want to be associated with controversial organizations. There is a long way to go but the ball is rolling, and now is a better time than ever to tell someone. Spread the word. Speak the truth about these names and mascots and get more people to understand why they need to go.

I agree with this article because it shows the insensitivity of our society when it comes to certain aspects, especially offensive names within sports. I like how you mentioned that it is not just only a problem with the national football league but in other leagues as well.

Lucas, I really enjoyed your article and calling out these large sports teams for having insensitive names. It is very unsettling knowing these names have been around for a while now and people are just now beginning to see the problem. I really liked how you pointed out the need to spread awareness about why these names are offensive and should be changed.

great job lucas you did a great job addressing the problem of these offensive term names. I like how you mentioned that it is not just only a problem with the national football league but in other leagues as well.
One sentence that stood out to me was” A history of racially insensitive team names and mascots in professional sports has persisted far beyond the time when it was acceptable.” I like how you recognize how this fix is long over due. thankyou for writing this interesting article. i look forward to reading others as you have the same interest as I do.

Great article, Lucas. You did a good job on pointing out how sports teams are not really doing much about sensitive sports names. However I feel as if currently teams are beginning to recognize this and change their team names, like Washington Football Team. Overall great post.