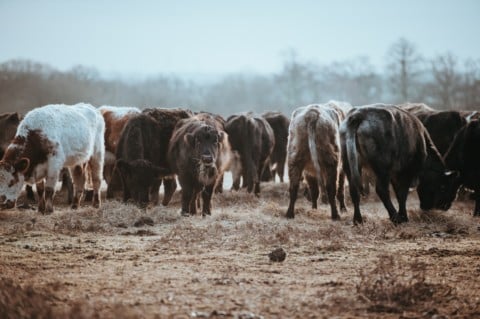 I read the article “If Ranching Wants to Survive Drought and Other Climate Hassles, It’s Time to Show Soil Some Love” by Michael Elizabeth Sakas for Colorado Public Radio. (https://nowcomment.com/documents/254000).

The article addressed some of the problems created by conventional cattle ranching in the West, such that it can intensify droughts by reducing the soil’s ability to hold water and contribute to climate change by reducing the soil’s ability to sequester carbon. It specifically dealt with how we change our ranching techniques to create a healthier environment and more sustainable and stable lifestyles.

The solution that the article suggested is regenerative ranching. This involves prodding the cattle to move on rather than letting them graze one pasture as in conventional ranching. The problem in the conventional method is that the cattle overgraze an area — in this more innovative form of ranching, the cattle move on before they damage the land.

The most significant barrier to implementing the practice is education and awareness. It may be difficult to incentivize ranchers to adopt what at first seems to be a strange method. This is compounded by the fact that the benefits of regenerative ranching take time to develop; at first, it may not be clear that the practice is working.

This critique of the practice can be overcome through monetary incentives. Already, the USDA provides money for ranchers who adopt the practice. While the practices may seem costly at first, they generate more income over time.

I believe that this is a feasible solution. It is one that could have great positive impact upon the West — drought and climate are increasingly costing money and lives. Whether or not such a practice is implemented may have a major effect upon all Westerners in the coming decades.