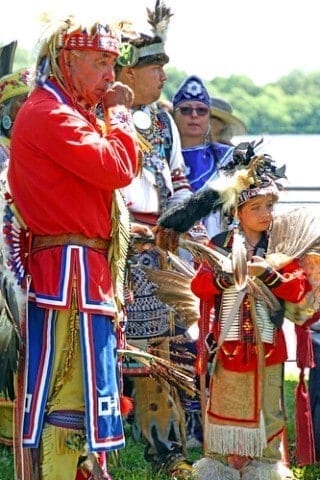 Columbus Day is a federal holiday. However, it reflects a highly misinformed and “whitewashed” view of American history that celebrates a man who was responsible for the deaths of thousands of people. While Christopher Columbus opened the European voyages to the western world, he killed, abused, and enslaved thousands of people in the process. Not to mention, he took and exploited stolen land that did not belong to him, but that belonged to a highly oppressed group of people: Native Americans. Whether through spreading disease or enslavement, Columbus caused a considerable amount of harm in the midst of the historical impact he had on the history of European colonization of the western world.

Over the past decade, a debate over whether or not Americans should celebrate Columbus Day has been prevalent whenever the holiday comes around. During Barack Obama’s presidency, he expressed his disapproval of the celebration of Columbus because of Columbus’s abuse of thousands of people. He said during his presidency, “As we mark this rich history, we must also acknowledge the pain and suffering reflected in the stories of Native Americans who had long resided on this land prior to the arrival of European newcomers,” (Yan 2018). This quote reflects a good understanding of a complete history that includes the experience of many different groups of people, and sheds light on the injustices others have suffered in American history. Expressing the other side of the Columbus Day debate that portrays Christopher Columbus as the traditional hero that he has been said to be in white-dominated history, president Donald Trump said, “…on Columbus Day, we honor the skilled navigator and man of faith, whose courageous feat brought together continents and has inspired countless others to pursue their dreams and convictions,” (Yan 2018). This quote reflects a very misinformed and one-sided perspective. Although Christopher Columbus did connect the Western and Eastern world, he was not the first European to do so. Ages before his voyages, Vikings landed in the Western world (Yan 2018). Along with this, he spread fatal diseases to the people of the new land as well as enslaved many from the new land. (Yan 2018). Trump’s quote reflects a one-sided and largely unjust view of American history.