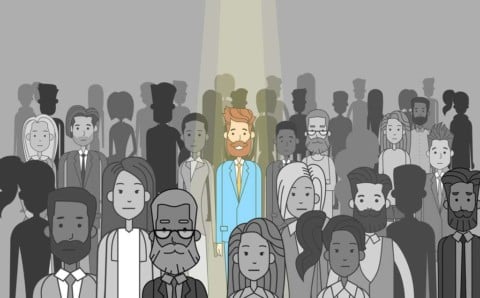 Individualism is a defining american trait. From immigrants to country folk, individualism is what makes americans so different from the rest of humanity but is also what brings us together. Famous american poet Langston Hughes writes,

“The land that never has been yet—
And yet must be—the land where every man is free.
The land that’s mine—the poor man’s, Indian’s, Negro’s, ME—
Who made America,
Whose sweat and blood, whose faith and pain,
Whose hand at the foundry, whose plow in the rain,
Must bring back our mighty dream again” (Hughes).

The stanza above conveys the message that america includes a wide range of backgrounds and their struggles and experiences is what makes them american. This is also evident in O Captain! My Captain! written by american author Walt Whitman.

“My Captain does not answer, his lips are pale and still,
My father does not feel my arm, he has no pulse nor will,
The ship is anchor’d safe and sound, its voyage closed and done,
From fearful trip the victor ship comes in with object won;
Exult O shores, and ring O bells!
But I with mournful tread,
Walk the deck my Captain lies,
Fallen cold and dead” (Whitman).

O Captain! My Captain! was written during the late 1800’s and mourns the death of president Lincoln. In the poem the “Captain” is Abraham Lincoln and the son is the people of america. Whitman conveys the message that every american no matter their race, gender, or status, mourned the loss of president Lincoln. The 1800’s was also a time of immigration, Jewish-American author Emma Lazarus in New Colossus writes,

““Keep, ancient lands, your storied pomp!” cries she
With silent lips. “Give me your tired, your poor,
Your huddled masses yearning to breathe free,
The wretched refuse of your teeming shore” (Lazarus).

America was built on immigrants and their hard work. New Colossus conveys that immigrants from all backgrounds came to america to seek opportunities and build a life. The results of this is prevalent in the present day as we are surrounded by a mix of cultures as seen in our music with R&B and Rap along with Classical as well as Pop. In conclusion, individualism is what allows us to differentiate ourselves from others but also come together to form something beautiful.

Hey Chandan, I agree with your points in this post. Individualism is a core american value. All your points were strong and you cited sources to back up your claims. Good job

As soon as I saw that you wrote this, I clicked on it because you always state some big facts. And this, this is an example of that. Best part about it was that I liked how your post was short but it contained heavy information.

I enjoy how you put multiple sources and poems into your poem and summarizing them while relating them to individuality. I really enjoy the point you made, but I do believe you can continue to build off your point and extend your paragraph as well.