Individualism as an American Value

Home Individualism as an American Value 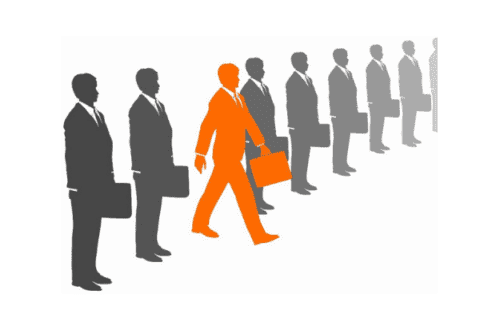 Liberty, equality, and equal opportunity for all are at the core of our values as Americans. None of them misrepresent what our country believes in, but they are very baseline ideas. “Freedom” is a very top layer value in my opinion, and yes, our country gives us certain freedoms to ensure our liberty but I would argue that one of, if not the most important American values is individualism.

Individualism is a “political and social philosophy that emphasizes the moral worth of the individual” (Lukes, 1). In individualistic societies, people tend to favor freedom of individual action over collective control. Whether this will work forever or not is a different story, but for now, that’s where we’re at. If we like to admit it or not.

Our economy is probably the best example of how individualism influences the United States. Statistics show that in the past few months, the net worth of America’s billionaires has risen 15% from 2.9 to 3.4 trillion dollars (Beer, 1). And at the same time, 40% of people making under 40k a year lost their jobs in February alone (Beer, 6).  With a mixed economy like we have, and with little financial aid available from the government, personal economic growth and self-sufficiency are encouraged and expected.

The only way these numbers are possible is because individualism supports the idea of big business. You get what you deserve, if you “make something of yourself” congratulations. Now all that’s left to do is reap the benefits of a system that helps the rich grow richer and the less fortunate to fend for themselves. It’s a solo race to the top in America, and many wish for it to remain that way.

There are many other values our country holds dear, but the most profound is individualism. This idea also explains how many Americans may view society in relation to themselves, “people in individualistic cultures view themselves separately from the group” (“Personal Space and American Individualism”). I believe that to be very true of the USA and its people, but, in my opinion, if we viewed ourselves as a collective rather than apart from the group we would be much better off in the future.

I am impressed by your post Individualism as an American Value because of the fact that people in today’s day and age is people become NPCs(A non-player character or non-playable character is any character in a game that is not controlled by a player.) where they are no longer able to decide for them self and listen to them. Another thing is sheep people become sheep because they fear being called and would rather huddle up and sit behind others or listen to them.

One sentence you wrote that stands out for me is ” Liberty, equality, and equal opportunity for all are at the core of our values as Americans. None of them misrepresent what our country believes in, but they are very baseline ideas. “Freedom” is a very top layer value in my opinion, and yes, our country gives us certain freedoms to ensure our liberty but I would argue that one of, if not the most important American values is individualism.” so I found this paragraph very important because of how you opened it with America. yes, America does give us some freedoms yet they do restrict a lot of other things we can do. Yet something that has always been important to Americans has to be the idealism of being different and having your own ideas.

Thanks for your writing. I look forward to seeing what you write next because I really enjoyed reading your post and find it very interesting in the topics and situations you mentioned. as well as how I feel we have some common interest in our own rights.

I agree that America’s obsession with individualism is a large part of why the American experiment is failing. There is too much focus on being different that people can not be content with themself socially, economically, or mentally.

I would not say the big business is based on individualism, more based on how we don’t have any regulation on the Monopolies and sizes of the companies that the Billionaires own.

Great piece of writing! I completely agree with your analysis of individualism in our society.