Indifference Kills Democracy, and HERE’S WHY 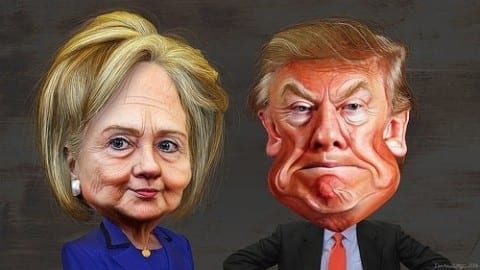 At first glance, indifference appears as an equal to neutrality. However, that could not be further from the truth. Indifference is a lack of care; neutrality is refusing to choose a side. But why does this matter? It’s simple. Indifference, specifically political indifference, is perhaps one of the greatest transgressions a citizen could commit against the institution of democracy.

When voters don’t care, they leave the vote up to the often reactionary or radical voters. This is a problem because these voters are generally the minority. By not voting, people are leaving the fate of our nation to the mercy of the overzealous.

This is particularly a problem in the 2016 election. Displeased with both candidates, justifiably so, voters are choosing not to choose, instead of picking whichever they believe to be the lesser evil. It’s true, watching this election unfold is worse than watching two preschoolers fight over whether the sky is purple or green. That said, to the rational person, there should be an obvious winner between a candidate who has made repeated racist and horribly sexist remarks, false claims, endorsed “stop and search,” an unconstitutional form of racial profiling, hasn’t paid taxes in around 18 years, owns a fake university, and has worked towards the good of the wealthy, and a candidate who has been involved in past scandals, deleted confidential emails, has struggled with health issues, but has also worked for the good of the underprivileged. I won’t say which is which, but I think you get the idea.

The fact that people are indifferent to the transgressions of the first, dismissing them without a second thought, while being unforgiving of the second, is unacceptable. The American people need to wake up and realize how close our country is to falling apart.

I agree exactly with what you are saying, it’s an opinion that isn’t often expressed in main media but for the discussions I have with my friends and family (whether or not we have different opinions on the current candidates best fit for presidency) this sums up our conversations entirely. It’s good you are bringing it up.

Hello Mary,
I do think that you are so right. Maybe the reason that this election is so extreme is because people did not care at the first time. They never expected to have those two left. I am not saying that there are something wrong with those two but as you said many are saying that they will just not vote for this election.

There was a claim that UK had this same issue with EU. They voted for the withdrawal from the European Union. The issue got bigger but the people didn’t care much. They ended up agreeing to quit being a member of EU. Many people asked for re votes; they did not know that this would happen to them.

We are facing the same issue at this point.

Running away from the responsibility will not help. As you said, we need to make a choice. And I do think that more people should think about this matter more seriously.

Thanks for writing about this important issue. I fear that indifference will lead to an even lower voter turnout than usual. This could really affect the election results.

If people are feeling that they can’t support either of the Republican or Democratic candidate, I hope they will look at third party candidates. I don’t think this is “throwing away your vote.” To me, it’s important to vote your values and most of all TO VOTE.

Even if you are not old enough to vote yet, you can use your voice to encourage others to vote.

You do you want to vote for Clinton or trump.

I completely agree, both candidates have committed a multitude of scandals, and that has made this election an undesirable one. Sadly, a choice has to be made and I agree that we need to elect the one with the less noticeably ill intentions. Hopefully, people read this message and take inspiration to vote and we as a country can make the choice to have the better suited candidate elected as our US president.

This is a very interesting take and I think that what you’re saying is really underappreciated. Now granted, it’s more than a little unfair for me to say this as I cannot vote, but you are right. The institution of democracy and popular election is designed to give a voice to the greatest number of people. Although, rightfully so, many people may not like either candidate for very viable reasons, and, on that same token, both candidates have extremely passionate and zealous voters, more people need to vote in order to have this be a representative election.
However, I believe that many people may not vote because they do not feel like their voice would be heard anyway. What is your take on that?

Help on Youth Voices
wpDiscuz
6
0
Would love your thoughts, please comment.x
()
x
| Reply
Log in with Facebook
or