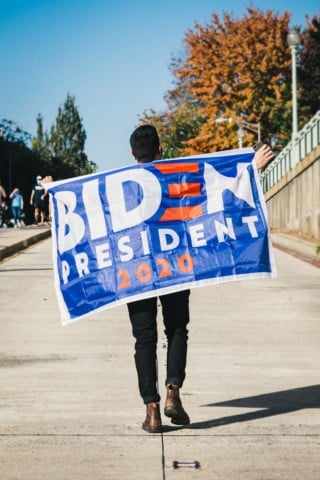 On January 20, 2021, Joseph R. Biden Jr. was sworn into office and officially became the 46th president of the United States of America. In his inauguration speech, he spoke of healing the wounds that have America divided. He went on, “To overcome these challenges, to restore the soul and secure the future of America, requires so much more than words and requires the most elusive of all things in a democracy: unity.”

However, President Trump, who has falsely insisted since his loss to Biden in November that the election was stolen from him, wasn’t in attendance. It was the first time since 1869 that a former president doesn’t attend the ceremony of their successor. Biden has repeatedly pledged to get “100 million Covid vaccine shots into the arms of the American people” by his 100th day in office.

The presidential election of 2020 was interesting and the outcome was a victory. Donald Trump is out of office and we have new leadership. We can only hope for the best and that Biden is an honest man who will keep his word.

Alondra,
This inauguration was definitely one to remember. The mention of former President Donald Trump not attending was very interesting, I’d say he showed his belief that he “actually won” through this act. I feel like part of that decision also stems from the riots at the capital a few weeks prior. I like how you turned the discussion around by mentioning Biden’s plans in his first 100 days in office with the Covid Vaccine. I would like to see how Biden tackles other issues during this time. https://www.usnews.com/news/politics/articles/2021-01-21/the-agenda-for-bidens-first-100-days-takes-shape Great Job!