In love with the werewolf

Home In love with the werewolf 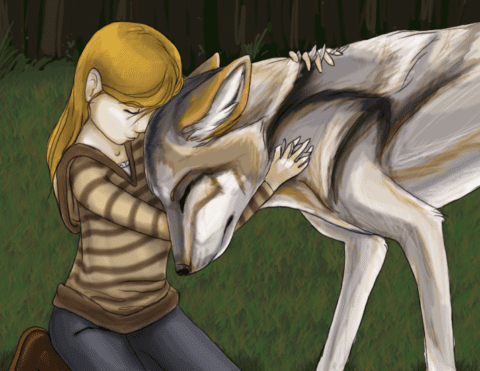 Grace is a dynamic character. Her archetype changes over the course of the book. At the beginning of the book, she is the archetypal the survivor. This can be seen on pages 1-2, where the author writes, “I remember lying in the snow, a small red spot of warmth going cold, surrounded by wolves. They were licking me, biting me, worrying at my body pressing in..Their tongues melted my skin; their carless teeth ripped at my sleeves and snagged through my hair, pushed against my collarbone, the pulse at my neck…There was no sun; there was no light. I was dying. I couldn’t remember what the sky looked like. But I didn’t die. I was lost to a sea of cold, and then I was reborn into a world of warmth.”

But by page 98, Grace has begun to transform into the archetypal the lover.  She realised that “her wolf” (the wolf that saved her) turns human when its warm, she ended up helping him out and spending time with him which lead to her falling in love.  Evidence of this is on pages 295-296, “I carefully peeled back the covers and found him curled against me, head buried against my side, only the pale, naked curve of his shoulders visible in the dim light. I kept waiting for this to feel wrong, his body pressed up against mine, but I just felt so alive that my heart hammered with the thrill of it. This, Sam and me, this was my real life.”

Grace is no longer the person who holds herself back.

A reader might predict that the turning point for Grace comes when she heard Sam say “new ones” as in new werewolves because after that point she started to get curious . Page 298 encourages this prediction, “As if someone knew how to kill him, Sam finished. It was a wolf who did it, Beck said. We got that much out of him. One of your new ones? Sam snarled, with surprising force. Sam. Could it have been? Sam. No. They’re inside. Sam’s body was still tense beside me, and I mulled over possible meanings for that phrase: One of your new ones. Was Jack not the only new one?”