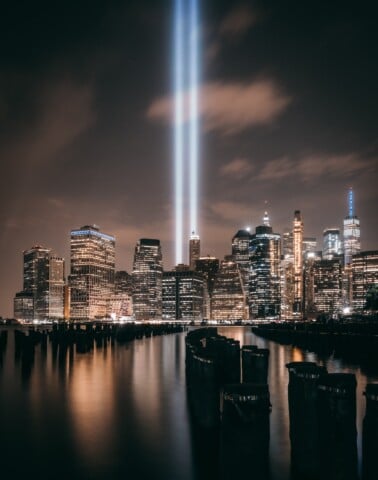 In “Remembering 9/11, Twenty Years Later” (McGrill) mentions the ways that New York and people honor 9/11. The terrorist group al-Qaeda hijacked four planes, two of which were from Boston to Los Angeles. These two planes would be the ones that would crash into the Twin Towers of the World Trade Center and cause the towers to collapse. The third plane would crash into the Pentagon while the last plane would land in Pennsylvania because the passengers fought back (the target was originally Washington, D.C). New York has a memorial and museum for the both the 9/11 attack and the 1993 attack, they also have an annual Tribute in Light that occurs at sundown They also offer yoga and meditation to help with trauma. Tunnel to Towers is a five mile walk from Washington, D.C., to New York in which they stop at the locations were the planes crashed.

0
If you had the chance to visit the memorials that they have for 9/11 would you go? If so which one.x

It’s important to honor an event that changed the nation. Many innocent lives were taken in this attack, 3,000. Hearing that people were calling their loved ones from the planes and from the twin towers to tell them their last goodbyes has to be heartbreaking. The damage that was done to Lower Manhattan was something that no one could’ve imagined. Having these ceremonies in order to honor those who lost their lives in the twin towers, Pentagon, in all 4 planes, and the first responders is important since it shows how the people/nation were brought together. Not to mention the help that they provide for those who did manage to escape and those who witnessed the entire thing.

If you had the chance to vist the memorials that they have for 9/11 would you go? If so which one.