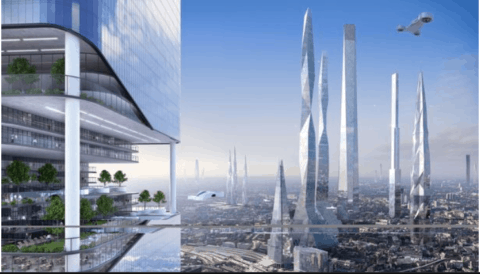 In my thought, I think that the world will be very different 500 years from now. The world will probably have advanced electronic , such as more advanced phones and better ways to travel. Also it’ll be different because it’ll be more technology. Like better computer , flying cars , robots ,and  smart-cards.It’ll also be global warming. According to Quora.com it say “the increase in temperature will be higher than expected due to Global Warming.” and that solar caps start melting very fast. The ozone layer will be destroyed from the atmosphere layer. Drones will be very advanced for military and home purpose. There will be wildfires in the forest due to the hot climate. There will be increased air pollution , land pollution , and water pollution. People who can afford to will move to other planets for survival.

Therefore, the world in 500 years will be much better and also it’ll be bad due to different climate change. The world would be better because it’ll be better technology , electronics , advanced drones for military and homes. The world would be bad because large buildings will be constructed  in developed cities by cutting down trees. They start growing trees inside the building for the landscape and large trees will not found in cities. which leads to global warming because people cutting all the trees down. It also bad because new  types of viruses and diseases will be spread all over the world. And scientists will be busy finding cures for the newly born diseases.

Hi Yeury,
I like your post because it explains what is happening in the world right now and what will probably happen in the future. You included a quote that supports the information you provided. Here is a link to a page that’s about predictions for the year 2030. https://www.weforum.org/agenda/2016/11/8-predictions-for-the-world-in-2030/ I hope everyone can see what is happening around us today and that people will become more open to helping the world.
Sincerely, Audrey