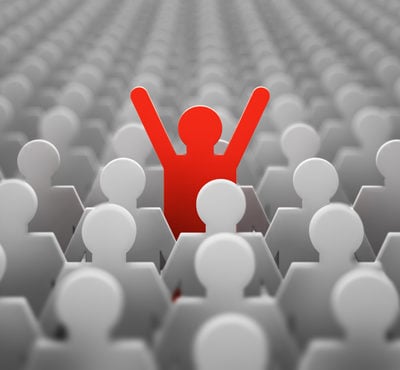 In today’s world, which is captivated by social media, people have a tendency to conform to those around them. Celebrities are idolized, causing people to put themselves down at the sight of celebrities’ seemingly perfect lives. To cope with these emotions, people often attempt to model the lives of those whom they admire. While having some type of role model does not present problems, it is when people become so involved with imitating the lives of others that they lose sight of their own feelings and opinions that obstacles are created. Ever since the early 1800s, the philosophies of Transcendentalism have been preached. These philosophies establish the necessity of individuality, something that is slowly being forgotten about by society. By reflecting on the work of Transcendentalist thinkers, Ralph Waldo Emerson and Henry David Thoreau, independent thinking will have the capacity to be rekindled, thus reducing conformity and strengthening authenticity in individuals.

Transcendentalist thinkers Ralph Wado Emerson and Henry David Thoreau celebrate the individual, promoting self-reliance and independent action among men.  Emerson, who became known as the father of transcendentalism, wrote intellectual essays and important speeches that most clearly conveyed the universal truths of transcendentalism.  Man’s success is ultimately the reward of individual thought, not the result of other’s efforts.  In his speech, “The American Scholar,” Emerson encourages the individualism of man, expressing that “the world is nothing the man is all” (Emerson).  In order to flourish, Emerson states that men must be nonconformists and must act upon their own personal ideas.  In addition, Emerson empowers authenticity, which is ultimately reliant on man’s relationship with nature and reflection on the past, commending the study of nature to know oneself and the creation of books to acquire truth.  The thoughts and writings of Emerson later inspired future transcendentalists.  Henry David Thoreau became friends with and a student of Emerson and was deeply influenced by his thinking regarding the celebration of man.  In addition to Emerson’s words, Thoreau’s writings acknowledge the relationship between man and government and promote the action of man.  Thoreau argues for disobedience to an unjust government, which he believes is obtained by self-reliance.  He asks that “every man make known what kind of government would command his respect” in order to obtain it (Thoreau).  Over one hundred years before John F. Kennedey’s inaugural address, Thoreau urges the same idea that it is not about what the government can do for you, but what you can do for the government.  He asserts that “we should be men first and subjects after,” fulfilling our lives as individuals before conforming to the laws of the government (Thoreau).  He believes that individual thought and action are necessary to achieve an ideal government.  Unfortunately, many of these essential philosophies of transcendentalism have been lost in the noise of society, and it is important to channel one’s inner self to experience the triumphs of life.

Conforming to societal norms hinders a person’s expression of self, as their individuality is corrupted by mirroring what is accepted by society. Especially in the most unprecedented times, such as the COVID-19 pandemic, it is easy to lose sight of oneself in the surrounding chaos. In lockdown, people found themselves having exceptionally lax schedules, not focusing on the important things they once centered their lives upon. In times like these, it is most important to reflect on one’s inner self and voice one’s opinions on certain matters to continue to flourish. This disordered world is in need of healing, and it is society’s job to not follow those around them, but instead to enhance their individual thinking in order to open dialogue for solutions. If everyone were to go back in time to understand and reflect on what the Transcendentalist thinkers were trying to say, this world would be more innovative and open to change, necessities for restoration and evolution. Thus, the Transcendentalist promotion of self-reliance is important to consider at all times, especially those that are most difficult, in order to experience life at its fullest potential.

Brooke,
Your article was very well quoted and was a good read! Overall, I partially agree with you. I certainly agree that everyone has a right to self-expression; no person should be pressured to imitate others. Authenticity is certainly a value I hold dear.
However, I worry that it is in part an over-emphasis and misinterpretation of individuality that leads to many of the problems you mention in your article, such as the Covid pandemic and issues of social media. After all, many people who reject masks claim to do so as a matter of self-expression, but the consequences upon others are clear. It would seem to me that many people who imitate others on social media ironically do so out of a desire to be unique. The transcendentalist view of nature is one that makes much sense in a world entering the industrial age, but which seems to have negative consequences now. Ultimately, nature is not some incorruptable thing that humans can escape into as it would seem the transcendentalists presented it as, but rather something that humans have always and will always be part of.
I have several questions: is it possible to participate in modern society and be truly self-reliant? Is choosing to follow traditions and societal expectations (as long as they are not harmful, of course) not a form of self-expression? It seems to me that many folks ironically conform to the idea that they must be different and noncomformist.
I’m not certain if you’ll ever read this, but if you do I’d love to hear more about your thoughts on transcendentalism! It’s a great article you wrote.

I found your article “Importance of Individuality” very informative. A sentence that stood out to me was “Over one hundred years before John F. Kennedy’s inaugural address, Thoreau urges the same idea that it is not about what the government can do for you, but what you can do for the government.” This stood out to me because Thoreau’s philosophy is coherent, however like you stated many people drift away from this type of ideology. I really look forward to learning more about this topic, thank you for sharing.

Nothing gets be going like a good Thoreau essay! I think there’s a lot of potential here for a possible follow up– your post addresses social media, laws, authenticity, and even the Pandemic. Interestingly enough, the COVID portion stuck out to me the most, particularly this part: In lockdown, people found themselves having exceptionally lax schedules, not focusing on the important things they once centered their lives upon. In times like these, it is most important to reflect on one’s inner self and voice one’s opinions on certain matters to continue to flourish.”

What I found interesting about this take, is that, it seems to me, that Thoreau– Mr. Go-Off-and-Live-In-Walden-Pond, Mr. Simplicity! Simplicity! Simplicity!– would take a liking to quarantine and see it as a time to strip life away of its excess frill, potentially living to a more authentic living.

As the pandemic hit during the beginning of Great Lent for those on the Orthodox calendar, my priest put out an optimistic video PSA at the beginning of the pandemic– at this point, church was CANCELLED for a Sunday, including for clergy; that DOESNT happen– and in the midst of all of that, this priest told us all that he really thought that he was in store for probably the most authentic Lenten experience of his life, and to be honest, my Lent ended up turning out that way. I fasted more and went to many fewer parties. I attended more church services, albeit virtually, and had more time to read the scriptures. Not to mention, that once Lent was over, I was able to dedicate more time to exercise, read for fun, virtual socializing with friends, and cultivating other hobbies which had fallen by the wayside.

This, off course, is just one person’s experience, and yet, there are plenty of days where I miss Spring 2020 quarantine. To me, it felt like more authentic living. How this applies to YOU, though:

I’d love to see a sequel to this post which wrestles with the question of what enables a more authentic life. Is there authenticity in the stripped-down life (as I’ve contended), or does authenticity come from more activity, hustle, and bustle? Or… of course… is the truth somewhere in between. Out of all of my students, I’d want to hear your perspective on this idea the most, Brooke.