Impacts of Nurture on Development

Home Impacts of Nurture on Development 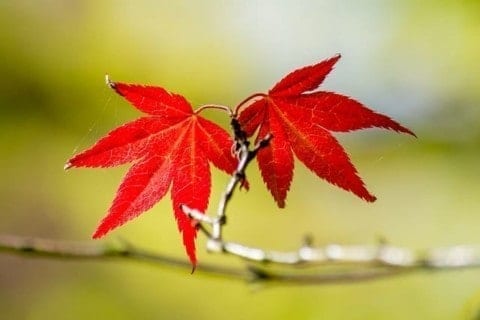 In reference to human behavior, the impact of nature versus nurture can be examined by twin studies which have increased over previous years as it is shown that “For traits that are substantially influenced by heredity, the approximately two-fold difference in genetic similarity between the two types of twins should outweigh any complications”(Monitor On Psychology), says John Hewitt, PhD, director of the Institute for Behavioral Genetics at the University of Colorado at Boulder. This means that in order to improve twin studies, the researcher must estimate the heritability of a trait, while molecular genetics attempts to pinpoint the effects of a particular gene. In fact, the future of twin research will involve combining traditional twin studies with molecular genetics research, according to Hewitt, who believes that day is already here.

In addition, While previously it was difficult to study even simply genes using biochemistry, the study of human genes changed markedly since about two decades ago, with the discovery that the natural variations in human DNA sequences at a single chromosomal location can expose the position of a gene along a chromosome. This detection in molecular genetics has affected twin studies in several ways. First, advances in molecular genetics have confirmed hypotheses generated by the traditional twin study design. The importance of genes suggested by earlier twin studies has often been confirmed by later molecular genetic studies. For example, numerous twin experiments have supported a considerable role for genetic factors in dyslexia. In general, twin studies have attributed to “genetic factors 40 to 70 percent of the variation among people in measures of reading”(University of North Carolina). It is necessary to also note that twin studies of genetic influence can only yield basic results. The proof of the genetic basis of a human trait will anticipate molecular genetic studies.

Furthermore, there is an important idea of biochemistry taking place in criminology. With the study of monozygotic twins, it is possible to draw a direct connection to nurture holding immense impact regarding criminology. It was found that genetic disorders and mental illness have provided explanations for only a minority of offenders with specific conditions. A 2007 survey of American criminologists found that ‘criminologists of all ideological persuasions view alleged biosocial causes of crime (hormonal, genetic, and evolutionary factors and possibly low intelligence) as relatively unimportant’ compared with environmental causes (Monitor on Psychology). Consequently, sociology textbooks have discussed biological theories of criminality a few times, but only mention the studies which were discredited which shows the impracticality of solely centering criminology around nature. Twin studies have been pivotal to the finding of behavior and genetics in criminals, which can hopefully be tied to finding a way to reduce these intense demeanors.

In conclusion, by contrasting the effects of nature and nurture on the population, it is possible to expose environment as the single purpose for human behavior. As the exploration of genealogy has advanced across many platforms, no group of individuals has been more impacted than that of identical twins. Through the persistent research of the monozygotic pairs’ brain and identities, psychological tendencies have been exposed and more information has become available to the public. With the continuation of studying both co-twins and polyzygotic individuals, there opens the opportunity to effect change on the population as a whole in order to better understand parenthood, disease, personal interactions, criminology, gender preference, death, addiction, and many more processes to come. Through the advancement of twin studies focusing on human behavior, there becomes a responsibility to the population as a whole to cultivate a culture wherein change is seen as inevitable and life is innately affected by epigenetics.

Hailey, this is a really interesting topic. The nature-versus-nurture debate is always a hot topic, and the easiest way to test that is through twin studies. The most fascinating cases happen when twins are separated at birth and then reunited much later in life, and they discover they have a lot of the same interests even though they spent none of their life together. You might find this article helpful: https://www.livescience.com/47288-twin-study-importance-of-genetics.html. I look forward to reading more about this from you in the future.