A Nation of Immigrants: Then and Now

Home A Nation of Immigrants: Then and Now 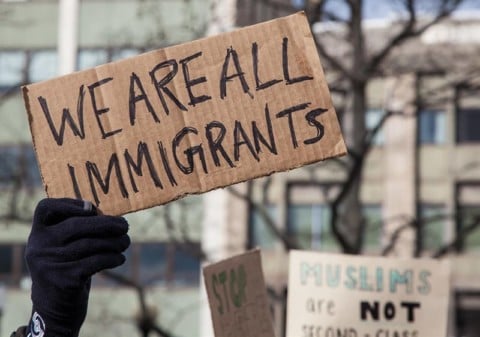 Ragtime takes place during the biggest boost of immigration in American history. There were many polarizing opinions and laws put in that shaped the immigration system in America. We still have many of these laws today, and we certainly have strong opinions. Since this issue has existed for such a long time, it is important to look at how the it was dealt with at the height of immigration in the early 1900’s and see what we could be doing better now.

In Ragtime, two of the main characters, Tateh and The Little Girl, are immigrants from Latvia. They come to America during the biggest wave of immigration in American history, which is between 1900 and 1917 (“Ragtime Theme of Foreignness and ‘The Other'”). These two characters, along with many immigrants, past and present, are seen as inferior and are associated with being dirty and poor. A clear example of the public’s opinions on immigrants is seen in Ragtime. “They went into the streets and were somehow absorbed into the tenements. They were hated by New Yorkers. They were filthy and illiterate. They stank of fish and garlic” (Doctorow 14). America’s fear and hatred of “The Other” is not a new concept and immigrants have been a prime target.

We hear the phrase “America is a country of immigrants” quite often these days, but it is something that we need to be reminded of when we form our opinions on how to handle problems involving immigration today. Problems such as children being separated from their families, high rates of deportation, and undocumented immigrants. When I look at how far we have come with accepting those families that came to America in the early 1900’s, it gives me hope that we can continue this trend into the future with current immigrants that are seeking a better life, just as past immigrants did.

The statistics for legal immigrants entering the country is currently over 1 million per year, similar to the statistics seen in the early 1900’s (“Yearbook of Immigration Statistics 2017”). We are facing a time of striking similarities to what we went through almost 100 years ago and I feel that it would be foolish not to look at what we could do better now in terms of ethical treatment of immigrants and assimilation into America in order to create success for those looking for opportunity, because that is what everyone deserves.