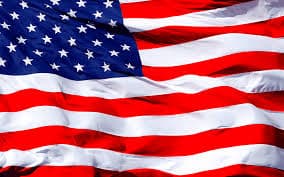 Immigration in the United States has made this country very diverse and some people want to stop the flow of immigration. People coming to this country has helped shape America and open peoples eyes to different things around the globe. Immigration has contributed to our country in various ways. Coming from a different country it is known that they want a better life and coming here to America they are looking for one so they work harder than any of the people who are native. This causes many immigrants to create businesses and take risks creating jobs for many people. My grandpa is a great example of this, he moved to the U.S in search of a higher education and with not a lot of money but he worked really hard and made a name for himself.  My grandpa’s story is a prime example of the American Dream and how America’s ability to welcome immigrants has impacted so many lives.

People may ask, “What does it mean to you to be an American?.” and that is something that cannot be described in a few words. If you ask an immigrant that, most will say that it means freedom, equality, hard work, free enterprise and many other things. A main problem that we are facing in today’s society is about immigrants and people in Washington wanting less and less of them. Illegal immigrants on the other hand  should not be let in but there should definitely not be a stop to legal immigration. Over half of all fortune 500 companies founders are immigrants living in America or children from immigrants. We should think about that the next time we make a decision to stop the flow of immigrants, because one of these children who come from a rough background may grow up to be the next Elon Musk or Sergey Brin.

Immigration has impacted this country tremendously and the U.S has been shaped around it. People need to be less ignorant around the topic and realize what immigration has done for this country. America has a variety of different cultures because of this reason, so there cannot be just one “American culture”. Everything mixes and that is why the U.S is the most diverse country and why many people come here to get a better life. Immigration is a very important part of our country and it impacts us everyday.

Dear Peers
I am Agree with the article. My parents came to the U.S.A. in the 1978 for a better future. They came and work hard. Both of my parents tried to accumulate money and they invest some money in the Dominican Republic.
My parents always inculcate me to work hard and not to depend on the FREE MONEY.
There are many people who believe that Immigrants only to come the country to be lazzy and get all the benefits. However, Not all the immigrants come for the same purpose. Many people come and build a life here. Which get businesses, education and pay a lot of taxes. Many like my parents do consider this land as one that offers them many opportunities. And I do believe that it is a land of Immigrants.