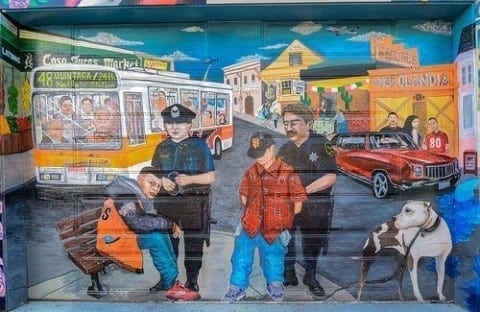 While I have many opinions on things my strongest ones lie with immigration. I was born in Guatemala and adopted at a young age. Such a young age that I remember nothing of the time I had spent there. I feel as immigration has made our country better.

While there are people who come here to do harm, I do not think that we should make it difficult for everyone to get in. Judging people from the middle east and assuming that all Hispanics and African Americans are criminals seems rather harsh. Such as with the stop and frisk policy allowing officers to stop and search anyone who they think fits the description of a criminal.

The ideas behind racism and thinking one ethnicity is better than the rest of them are cruel and unjust. Immigration allows people from other cultures to come into our country and expand our knowledge of culture and sense of how the world works. While there are people who believe that the country should be locked and others cannot be allowed to enter, I feel as if there is much the world has to offer to America and it would only help to back up the title of Melting Pot that America has been given.

In the time I have been studying this information, I have learned that there are many challenges that are presented to those who want to enter into this country. While I have a more liberal view on the topic, I think that there should be an equal opportunity for all who to expand their lives in a legal manner.

Though there are many reasons as to why immigration is seen in a bad. The most common of them being how it is thought that they are criminals or how they steal jobs from American people and how they are bringing down the economy. Though the good that they bring to the country is never brought up, such as how the enrich the culture of America or how they bring new and different ideas of how to do things with them.

As for the stereotype of them being criminals, it is often the case that they only make up about 20 percent of inmates and prisons. It has been found that only 221,000 non-citizens make up the population of the nation’s jails according to the center for immigration studies.

I am intrigued by your personal story. The way you connected to this topic is very powerful. One thing you said

that stood out for me was when you said you were from Guatemala and you were adopted. I think this is a very

good connection you made with the topic of immigration. Your essay reminds me of my friend that was adopted

also for Guatemala named Enrique. When I read your essay it remained me of him so much. Thanks for your

project and I really hope to see your writing again. Your writing is very powerful and the way you connect to