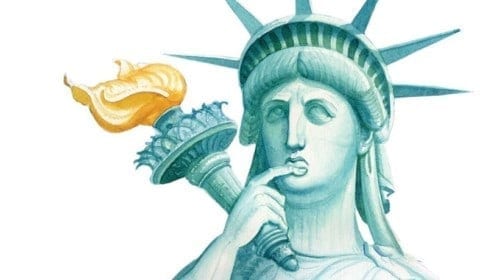 In order to build the U.S.-Mexico border wall, yes, it will take lots of time and money, but at the same time it will create many new jobs. Don’t we want more jobs and less illegal aliens, drugs, and weapons? Yes, that is what we want and the border wall will accomplish that. There will never be any political issue that the entire country will agree on. We appoint certain government officials to make important decisions for our country and we must trust that they are making decisions that are going to benefit us the most. As I said earlier on in my paper there are pros and cons to every single issue that comes across the table of our government officials.

Professor Dudley Poston, a researcher of demographics at Texas A&M University says, “Studies both of historic and contemporary border walls made it very clear they simply do not work” (Gabbatiss, 2019). Opponents of the border wall feel that no matter how high or how well built this border wall is, it will not stop or even slow down the flow of illegal immigrants, weapons, and drugs that are coming into our country on a daily basis. They believe that this is just going to be a waste of time and money to build and it will still not accomplish the main goal of building the wall in the first place. However, Jennifer McFadyen, a freelance journalist, says, “In the early 1990’s about 600,000 people attempted to cross the border illegally. After the construction of a fence and increased border patrols, that number dropped to 39,000 in 2015” (McFadyen, 2019).Proponents of the issue believe that if we made it easier for people living in Mexico to receive foreign aid from countries that we already supply it to, then they would have other countries to go and receive said aid from instead of only trying to come into the United States.

The border wall in particular is one issue that will never become something that everyone wants. Although, it will help our country succeed further and become a safe place not only for us now, but for generations to come also. The wall is going to save millions of dollars and help to open up more jobs to legal immigrants and even people who are natural born citizens of the United States. President Trump said, “This is a choice between right and wrong, justice and injustice. This is about whether we fulfill our sacred duty to the American citizens we serve” (Trump, 2016). This is a question that all americans need to ask themselves and decide what they feel is going to be the most important priority to them.

Congress has appointed many companies to build prototypes of the wall and see what material is going to hold up the best. They have not decided yet on what company or material they are going to choose as they are still working out all the details and figuring out how we are going to get the money to build the wall. A correspondent for PolitiFact says, “Congress approved $20 million to start wall planning and to award for the construction of the prototypes, CBP spokesman Roger Maier told PolitiFact” (PolitiFact Consultant, 2019).  There is still no exact, set in stone number on how much the wall is going to cost because there hasn’t been a decision made on a company to build it.

Proponents of the wall believe that we will become more unified as a nation if we can all come to somewhat of an agreement on this issue. Erecting the U.S.-Mexico border wall will make the United States a safer place for not only us now, but for future generations to come. It will limit the amount of illegal aliens, guns, and drugs that come into our country from Mexico. It will also produce many jobs since we will need labour workers, more guards and port entries, and higher security measures.

Politifact. Updated – Trump-O-Meter: Build a wall, and make Mexico pay for it. Retrieved from https://www.politifact.com/truth-o-meter/promises/Trumpometer/promise/1397/build-wall-and-make-mexico-pay-it/

I really liked your post on the US-Mexico Border wall. You expressed so many positives that a wall would provide when the topic is so negative. Your discussion is a refreshing take on something that has been looked down upon so much. Keeping a positive attitude is so important in our negative world. Even if the wall is ultimately bad, there are still good things that we can take away.

Hi, I disagree with you when you said “it will help our country succeed further and become a safe place not only for us now, but for generations to come also.” A wall is simply a symbol of hate and doesn’t actually detour crime. How would the physical wall prevent crime better than actual boarder security? https://ced.berkeley.edu/events-media/news/five-problems-trumps-wall-wont-solve-according-to-professor-emeritus-michae Here is an article that states how the problems won’t be solved with a wall. I would like to hear more of what you have to say in response to this article.

Hello, I disagree with you because of the cost effectiveness. There are already fences on the boarder in places that the wall would be placed. How would a thicker barrier make that much of a difference? In terms of stopping drugs and such it is literally only the difference of how strong the throwing arm is on the Mexican side of the boarder. Fox news reported that the wall would cost 70 billion dollars to put up and up to 750 million every year to maintain its integrity. This can be found at https://www.foxnews.com/opinion/trumps-border-wall-how-much-it-will-actually-cost-according-to-a-statistician. To me it simply doesn’t make sense how something that doesn’t help our problems drastically and costs us so much could even be considered a solution. If you have ever seen the first scene of the movie Mulan you know that boarder walls are no match for determination.

I am so excited by your post, “Immigration,” because I think that this is a very important issue and of which we must be very informed. I think your publication has very good pros and cons.

One sentence you wrote that stands out for me is: “Professor Dudley Poston, a researcher of demographics at Texas A&M University says, “Studies both of historic and contemporary border walls made it very clear they simply do not work” (Gabbatiss, 2019).” I think this is true because all drugs and everything we do not want will continue to happen because that never ends. I think the wall is not going to change any of that.

Thanks for your writing. I look forward to seeing what you write next, because I like the way you express yourself. These subjects I like for all the information that it provides.