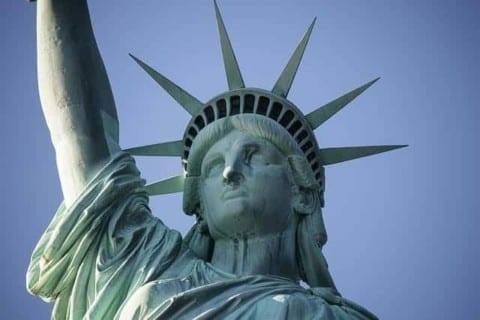 Recently, people said that the United States should not allow any more immigrants to come into the U.S., which is a big problem.

This is a big problem because people are coming to have a better life from their country that is fighting a war and people are right in the middle of it.

All over the world countries are going to war and people don’t want to be in the middle of it so people are trying to make a new life. This is a serious problem for people that want to start a new life in the U.S.A like people from Mexico, and Africa.

Hey Landen,
I appreciate your post, however you seem to have a misunderstanding of Mr. Trump’s immigration policy, if this is what you are referring to. No candidate, Mr. Trump included, wants to close the borders of the United States. We allow a certain quota of immigrants into the country legally every year, and Mr. Trump has no interest in changing this. The policies he has suggested would build a wall on the southern border in order to effectively enforce the immigration law we have currently, which does not allow every person who wants to immigrate to do so, because this would cause too big of a strain on our economy, social services, and population control. However this policy of immigration control has no interest in banning all immigrants, which is where I have a problem with what you are writing about. I suggest you search what Mr. Trump’s policy actually is before saying that people want to entirely close the US borders, because he certainly would not have been elected if that was his policy, as that goes against everything the United States stands for. I hope this helps you become more informed about our country’s future and can somewhat set your mind at ease on the topic.
Matt

Landen,
I wrote about a similar topic and I believe that immigration laws in the US do not provide a fair way for all people to get into the US. While I myself am an immigrant from Guatemala, I would like to see serious changed made to how this country deals with immigrants and how they are treated.

I agree completely. It is hard to just block off our country from those in need of safety, a home, and a better life. I think that Germany has been a great role model for letting Syrians into its country no matter what because they have learned so much from World War 2 and take that matter very seriously because they experienced it first hand. Our country can remain safe with people from different countries.
Dear Trump,
If you become President please do not build a wall around the United States. It will cause more problems than it will fix.

Hey Landen,
I agree we should allow those immigrants to enter if they are qualified. It is actually a very difficult and long process for someone living in the U.S as even just a resident to become a citizen. We should allow those people truly seeking refuge and a better life to enter especially if they will be a good asset to the country. I know many people who have come as immigrants to create jobs through small businesses and fill jobs that many don’t want.

dear Landen,
your writing is well detailed. I also feel the same way about immigrants. Many people need a better life and the United States of America could be the answer to their problems. If only people could be more understandable and kind people would never have this problem. Congratulations for the awesome piece of work you wrote.’

Dear Landen,
I am interested in your idea about immigrants.I think that you brought up a good idea about that. Your letter to the next president is very important because they need to fix that. I have a connection to your post. This makes me wonder why the president did’t think that 324,875,854 people lived in the United States. One sentence that stood out was the part about that we should let more immigrants to join the United States.Thanks for sharing your writing. i look forward to seeing what you write next.