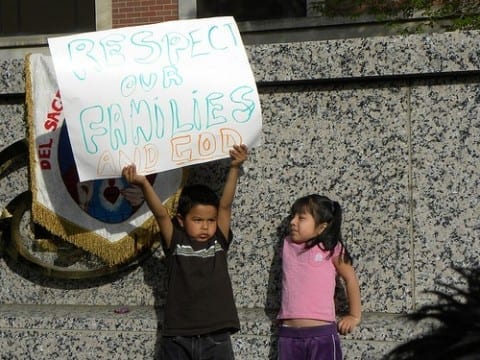 I am researching the question of bias in immigration policies. I found a lot of useful research studies on pioneer that directly address the issue of bias and immigration. The first study was about California’s Proposition 187 which deprives immigrants from many benefits included with U.S. Citizenship. A person in the study was asked for their opinion, and the results showed that ethnicity and opinion were dependent on one another. While their responses were independent of reasoned economics and legal considerations. The second article I found was about ethnocentric enforcement was most closely related to
people who favored a culture based society where people had citizenship and spoke english. This shows signs of racism against immigrants. The last article I found was about how prejudice and discrimination occurs because of a restricted view of justice. This shows that in order to get a healthier, unbiased country we need to educate our people about immigrations and the people it involves. Pioneer gave me a lot of real time, hard facts that really help support my conjecture that there is a bias in immigration policies.

I agree with both Pavan and with yourself. I very much agree that a tremendous amount of people show their hate of immigrants, but I would like to see some key facts and statistics that proves immigrants aren’t as bad as Donald Trump says they are.

Hey. This seems really interesting, but you don’t seem to have any sources. I’m just wondering, because I’m questioning the legitimacy of this, or rather, you’re pushing a narrative that the American country hates immigrants, to which I would have to simply disagree.