Immigrants Scared to Come Out

Home Immigrants Scared to Come Out 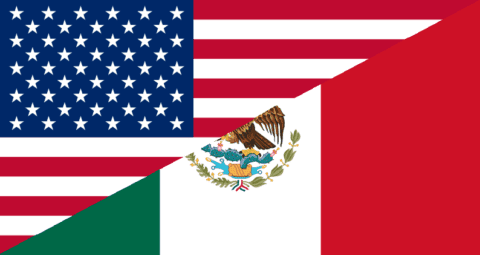 “We estimate that unauthorized immigrants represent a larger part (17 percent) of East Oakland’s estimated 90,000 residents than they do among all residents of Alameda County (about six percent of approximately 1.5 million residents)” (Marcelli and Pastor). To begin, a lot of immigrants live in Oakland. Why don’t we see them? Immigrants don’t come out in Oakland because they have no support, don’t want to go back to their country, and they don’t want to be separated from their family.

Immigrants don’t come out in Oakland because they have limited support. In the article US Immigration proposals: What’s in the Rise Act by BBC News, it talks about cutting the number of green cards given out each year. This number gets cut by half. The article explained, “Under the proposals this number would be cut; green cards would be given to just over 500,000 people a year”(BBC News). This is explaining that the number of resources are being cut. That is a lot of support but that is still not enough for every immigrant. There should be more resources for the immigrants.The key words in this quote are “would be cut” because that shows that the immigrants don’t get enough support. This will happen in the future and will affect immigrants. News source can be credible because they are a worldwide news source and are looking for news all over the world to inform people what is happening. The words in this quote clearly say that instead of giving the immigrants more support, the government is deciding to cut of the number of green cards giving out in the whole US. This quote is important because it talks about how immigrants are getting their resources cut. The fact that immigrants don’t get support is bad. As stated by one of my interviewees, “I don’t think Oakland has support for immigrant people”(man in Oakland). My interviewee used the words “I don’t think” which means that he has not heard of any supports that the immigrants receive. This quote is unique because it comes from a person that lives in Oakland and knows immigrant people and he has seen them suffer in this city. The words in this quote have to say that it is sad that there is institutional racism. Immigrants don’t come out in Oakland because they don’t have enough support. The fact that Oakland is a sanctuary city is really helpful, but that is still not enough. Therefore the government should do more to help and protect the immigrants.

Also, immigrants don’t come out in Oakland because they don’t want to go back to their country. In the article, Deported: End of the line for Undocumented Oakland couple by Mercury News, it states that the family that had to leave this country reported, “I’m not leaving this country defeated, because I graduated from the university and that was not in my plans when I came here, or when I was a kid”(Seipel). This is saying even though the person is being deported, she has not lost because she was able to accomplish more than her goals which one of her goals was going to college. Why do we want to kick immigrant people out if all they are doing is working for this country? The government is helping less. They are deporting people that have college degrees and having a college degree is really important. Similarly, the article East Oakland and Alameda County  by Enrico A. Marcelli and Manuel Pastor it states, “At the same time, unauthorized immigrants are often deeply rooted in their communities – in East Oakland they have resided just shy of a decade (nine years) in the United States”(Marcelli and Pastor). Immigrants are laying roots in Oakland and don’t want to leave. The key words in this quote are “deeply rooted in their communities” which means that they have laid roots and are now part of the “tree” of Oakland. There has to be a way to keep immigrant people here. Therefore, immigrant people don’t come out in Oakland because they don’t want to leave this country,

Even do immigrants do come out, they come out with fear of being sent back to their country. In the article, Oakland doesn’t Want Immigrants to fear the Police by Rachel Dovey, she states, “Citing fear of deportations”(Dovey). This quote truly demonstrates that the immigrants are scared that they will be deported so they don’t really come out. There is also support in Oakland for immigrants, but there is just not enough for everyone. There are many programs for immigrants and Oakland is a sanctuary city.

In conclusion, immigrants don’t come out in Oakland because they have no support, they don’t want to go back to their country, and they don’t want to be separated from their families. Did you know that “ Also, almost 70 percent of the unauthorized who are at least five years old do not speak English well, often limiting their social and economic status”(Marcelli and Pastor).

Marcelli, Erico A, and Manuel Pastor. “Unauthorized and Uninsured.”

This article explains a sad story of a women that worked as a nurse at Highland Hospital for 15 years. Some background information that this article illustrates is that the women and her family got denied legal documents. This article is credible because this was a true story that was all over the news.

I think you did a good job analysis your evidence and going very far as to what it means and what it is showing. You do a good job of expressing your opinion!
Immigration in the United is not that good we countries move here for better eduction

Hi Guadalupe,
I am impressed at how well written your paper is. I enjoyed it because you addressed a problem that can affect anyone around us and around the world. I think you did a good job analysis your evidence and going very deep as to what it means and what it is teaching you. You do a good job of expressing your opinion!

Dear Guadalupe,
I am moved by your post about immigrants being scared to come out. It made me feel like I was really empowered by reading your post. One sentence that standed out to me in this post is “Immigrant people are also not coming out in Oakland because they don’t want to be separated from their family. This stood out to me because it made me think about how there are alot of immigrant families who are truly scared of what can happen to them, and it’s not fair for them to constantly live in fear. Guadalupe thank you for writing . I look forward to seeing what you write about next because I want to learn more about your opinions.