If we want to save our public land, there’s only one way to do it – together

Home If we want to save our public land, there’s only one way to do it – together 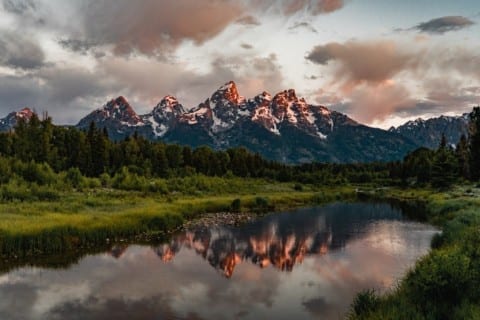 Outdoorsmen often have an understanding with one another. Despite geographical, ethnic, or any other number of differences, those of us who crave blue skies and lofty peaks are forever united by one thing; our love of the great outdoors. And this respect for nature and all she has to offer translates quite, well, naturally into respect for our fellow man. And it will be this respect for the land and the people it supports that bring us all into the future, because without it, there won’t be any land left. And one nonprofit is working on a solution that aims to unite hunters, hikers, and everyone in between on literal common ground; protecting public lands.

Backcountry Hunters and Anglers sounds like an organization for backcountry mountain folk who kill what they eat and eat what they kill. And it is; but its also very much an organization for weekend birdwatchers, casual National Park goers, and hard boiled mountaineers. America is a nation of people too often characterized by their differences; in belief, in identity, in situation; but BHA serves to remind us that we’re united by so much more than the country of origin on our passports; every American is united by, and indeed entitled to, their birthright of free and open public land.

An article in the Idaho Statesman details how BHA also knows that these public lands are under constant attack from those who would see Arches covered in oil derricks and the Tetons wrapped up in barbed wire. But what BHA also realizes is that our only chance at protecting this land which we hold so dear is to do it together. No one political party, state, or kind of outdoorsman can do it alone. It’ll take an army, and that’s exactly what BHA has.

BHA is uniquely nonpartisan, especially in the world of environmental conservation, with roughly a third of its members identifying as Democrats, a third as Republicans, and a little over a third as Independent. And though its name would imply it favors hunters and fishermen, outdoorsmen of every pursuit compose and have a place at BHA. Indeed, the focus is not the outdoor activity BHA promotes, but the land it takes place on. Because if public land is privatized and exploited, it won’t matter how you prefer to spend your weekend; it’ll have to be on your couch at home and not in the wide open spaces that make this great land so very special. And most importantly, BHA intends to preserve these lands for everyone so that everyone can use them as they please.

I thought this article was a great summation of the amazing work that BHA does to help protect public lands. It reminds me of NGOs such as the sierra club and other environmentalist groups. Protecting public lands from private interests is something that I hope we can all agree on, as we all want to protect and enshrine the amazing beauty of our land.