If the media is in charge of letting us know what is going on in the world around us, how can we trust that the information they are giving us is valid and not fabricated?

Home If the media is in charge of letting us know what is going on in the world around us, how can we trust that the information they are giving us is valid and not fabricated? 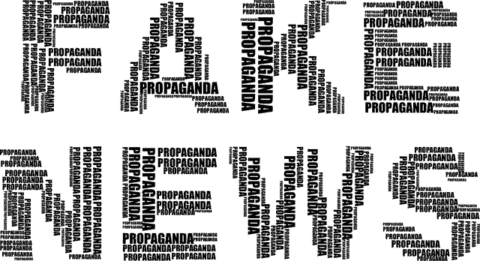 Social Media has become a huge aspect of everyone’s daily life. It has become so big that getting your world and local news through Twitter is not uncommon. Traditional media companies are starting to move their programs to the internet. With this comes many obstacles such as the fabrication of stories and misinformation being spread around the world within seconds. These obstacles have become so common recently that it has coined the name “Fake News”. The spread of Fake News is heavily prevalent in political circles around the internet. According to researchers at the Massachusetts Institute of Technology “False claims were 70 percent more likely than the truth to be shared on Twitter.”, talking about politics, business, science, and technology issues.

The spread of fake news today is a huge problem in our society. Since it all takes place on the internet you would likely blame the technology aspect. But it’s actually quite the opposite, Steve Lohr writes, “People are the principal culprits, according to a new study examining the flow of stories on Twitter. And people, the study’s authors also say, prefer false news.”, which fuels the problem. This preference of fake news is apart of the problem that we are facing. Our consumption of the falsified news is stopping us from retrieving the news that is actually true. This is what makes our problem such a serious concern to the public. The problem is also hurting our trust in the political system. Most stories that turn out to be false are about political topics. Which weakens the citizen’s trust in the government.

A solution to the world’s big problem could be discovered, most would think the answer lies in the technology but in fact, we as humans have to do it. According to an article on how we could fix this problem, “epistemology, the branch of philosophy concerned with how we acquire knowledge”, is required to find a solution to the problem. A very simple solution that would entail everyone on the earth would be the most effective. That is, “to fight fake news, we need to take the same norms that keep us (relatively) honest over cocktails, and apply them to social media.”, the problem with this though is that social media is like having cocktails with 500 people all at once. Realizing that what you are reading might not be completely true and not overreacting is something that everyone needs to understand on a moral level for this problem to diminish. According to an article on the Guardian, a solution that we could spread is, “Calling for more effort to identify the factors in human judgment that spread true and false news, including interviews with users, surveys, lab experiments, and neuroimaging, the paper points to some obvious reasons to look deeper.”, which calls for more moral integrity.

The only way I believe these solutions could be implemented in our society is through media stars. Support and a call for better human judgment by people in the media that we love is the only way I see this being implemented. Why I say this is because we love the entertainment aspect of the news and if we replace it with regular entertainment that would work the best.