If Beale Street Could Talk

Home If Beale Street Could Talk 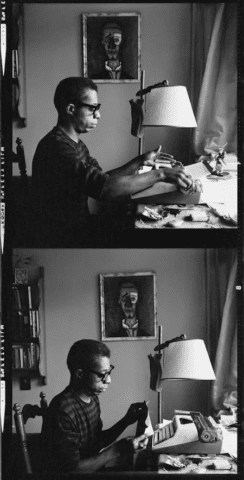 If Beale Street Could Talk is about  systemic racism and how Black men and women are constantly being profiled and thrown to jail. Tish, the main character, has a baby and the baby’s father Fonny is in jail for false rape accusations. Tish’s family does whatever they can do to get Fonny out of jail.

The beginning chapters of If Beale Street Could Talk by James Baldwin might leave a reader feeling furious  when Baldwin introduces the reason why Fonny is in jail.  An example of this is on page <__60_>.  “Mrs. Victoria Rogers, née Victoria Maria San Felipe Sanchez, declares that on the evening of March 5, between the hours of eleven and twelve, in the vestibule of her home, she was criminally assaulted by a man she now knows to have been Alonzo Hunt.”

The reason why readers are furious is because Fonny is innocent, there is no hope, the only hope was Daniel, Fonny’s friend. Daniel is a character introduced in the middle chapters of the book. He was a witness, a person who can prove Fonny’s innocence . Daniel is in jail for car theft and marijuana charges but he was accused, just like Fonny he too is another black man who is innocent. The plot in If Beale Street Could Talk made me think of the Kalief Browder case,  where Kalief Browder was sent to Rikers Island when he was 16 years old. Kalief was accused of stealing a backpack though he never stood trial or found guilty of any crime. In both stories Black men are accused of performing a crime they didn’t commit. Here’s a link so you can learn more of Kalief Browder and his case.