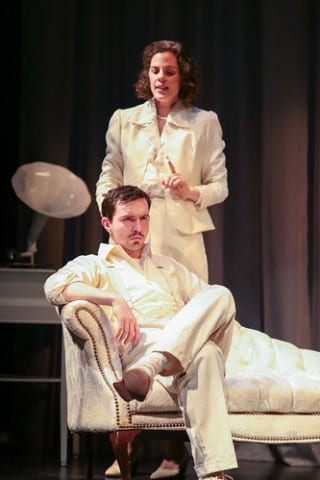 Tom is a dynamic character. Tom archetype changes over the course of the Play. At the beginning of the play, he is the archetypal beginning of the play he seemed very busy and hard-working person, who takes of his family and pay the rent. After it shows his personality and what he has inside of his mind. This can be seen on page 170, where the author writes:

Tom, I’m starting to boil inside. I know I seem dreamy, but inside – well, I’m boiling! – Whenever I pick up a shoe, I shudder a little thinking about how short life is and what I am doing! – Whatever that means, I know it doesn’t mean shoes – except as something to wear on a traveler’s feet!

But by page 178, Tom has begun to transform into the archetypal irresponsible and selfish person who does not want to think about his family anymore as like his father. Evidence of this is on page 178: I’m like my father. The bastard son of a bastard! See how he grins? And he’s been absent going on sixteen years!

Tom is no longer the person who always argues with his mother and makes Amanda more stressed about her son’s future.