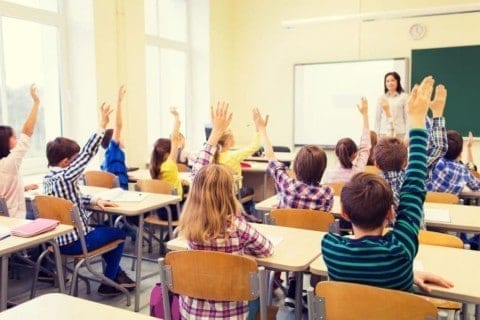 The American Creed consist of many values. These values are exercised in every aspect of our lives including the educational system. The two values I will elaborate on are individualism and equality, and how they play a role in my educational experiences. According to Dictionary.com, individualism is freedom from the control, influence, support, aid, or the like, of others. Equality is the state or quality of being equal; correspondence in quantity, degree, value, rank, or ability. As a citizen in America, being independent has given me a grand opportunity to experience different things in life. Post high school, the American culture allow youth to leave their homes and venture off to college or into the work place.
As I became an adolescent, more freedom was attained and experienced. For example, I begin driving at the age of fifteen and received my driver’s license at sixteen. I was able to drive myself to school, work, and meeting places with friends on the weekend. When I was seventeen years of age, a curfew was not established as long as I communicated with my parents about my whereabouts and the time I would return home. If I returned home too late, I would lose privileges such as not being able to drive and meet friend. I learned that if you aren’t responsible with the freedom given, you can lose it. This is important for children to learn because as students this will influence their decision making and educational outcomes. Children have the freedom to select learning centers, to decide how their behavior is going to be each day, to select “good” friends and much more. Having them make mistakes while practicing independence is an effective way to learn and grow. This is why I believe independence plays a major role in the growth for children.

Equality is a value that is important to me as an African American woman in America. In the past, equality was not always extended to certain groups in our society. Due to the improvement of equality in our educational system in our country, I have been able obtain higher education regardless of my race, religion, gender, etc. Equality being taught in classrooms will teach children to accept others and their differences, and be whoever they desire to be. I was raised in a home where Islam was practiced and I wore a head covering to school. Some of the other students did not understand or accept my head being covered and would bully me by making negative comments. This made me feel uncomfortable at times and singled out due to my different beliefs.

When I entered the fifth grade, I was tired of being talked about and being disrespected. Another student in my class pulled my scarf off my head while the teacher was facing the board. I was so upset that I expressed my concerns to the principal and teacher. I stated that it was not fair for me to be worried about if I am accepted or not for my religion in a school that should be for everyone. They were extremely impressed by how I stood up for myself and advised me to teach my other classmates about accepting other people’s differences with respect. In this situation, I was able to take care of myself by expressing my needs and I was building a bridge for all children who were different to be accepted at school and in life.

Each citizen and student in the U.S. should learn these characteristics at an early age in life. The saying “treat people the way you want to be treated” is very helpful when it comes to treating people fair and equally. With the comfort of knowing that equality will be extended to you no matter what your race, religion, or gender, builds people’s independence and confidence to be who they are completely. I believe lack of equality can result in children not reaching their full potential and becoming independent adults. The earlier the values of equality are taught to our children, the easier it would be to build our democracy.

Dewey has two elements which are, “the recognition of mutual interests as a factor of shared social control” and “numerous and more varied points of shared common interest” (Democracy and Education, 1916). The first element to me means that regardless of where you were born or raised, socializing with individuals of other races and cultures will improve the progress as a people to push democracy. What comes to mind with the meaning of the second element is that common goals or interest creates instantly creates cliques of all people regardless of race or culture to get the job done. I have discovered both of the elements Dewey has identified in school and in the work place.

I’ve realized that in the classroom and in the office I’ve worked with people with different backgrounds and similar goals as me. I recently planned a huge movie night for my community where I live. I met so many people that wanted the same ideas implemented into the event and we worked extremely hard to accomplish the goals. We were different in age, race and gender. I was the youngest on the team and had the pleasure of working with an eighty four year old woman who has worked with the city for over forty years. The experience was grand and I learned so much from everyone on the team. As a college student I participated in clubs that attended different career fairs. While attending these career fairs, I met different people of many races and different cultures pushing to achieve one goal at the fair. We used each other’s knowledge to build our resumes, work on our elevator speeches and much more. Dewey’s elements will help teachers push the ideal function of democracy in and out of the classroom. It creates fairness amongst all. As an educator, setting up my classroom with Dewey’s elements in mind by having my students help each other will contribute to their growth and success.

Progressivism applies to me personally as an educator and I believe schools should center around the goal of application. Learning skills and strategies that will benefit each student later on down the line in life. Progressivism allows students to make decisions on what information is needed for them personally and this motivates the learners and allows them to make choices for themselves in their education. Oaks and Lipton said “learning to solve problems of democratic society” triggered my thoughts on how making children’s education memorable for their futures. I enjoyed my classes a lot more when I was able to apply myself into the learning in any way (Lipton & Oak, 2013 ). The all about me projects, the career and future life projects are all assignments that I still remember till this day simply because it related to me in a way. When I taught preschool I created an environment with many centers for my student’s which helped direct learning and group problem solving like Oaks and Lipton talked about. My preschoolers were never bored but not over stimulated with everything I provided for them.

A few examples are providing puppets and other props in the reading center, providing images of other children on the wall doing that same activity provided at hand in the classroom and proving shopping lists in the dramatic play area for the kids to select their own foods while they grocery shopped. My students were surrounded by many tasks that will benefit their development for the long run but it didn’t cause a strain for them the grasp the lesson being taught. In each center I had tags that represented how maw many students can be at a center at once. This method helped students communicate their options and built an environment where students knew that they needed to wait their turn and they knew if someone was breaking the rule. Progressivism has been the philosophy of education that I’ve experienced in school before. I would say majority of my experience with progressivism has been in my early years of education and then some here and there in high school. The activity that was done majority of the time was group discussion and when a huge transition such as moving from jr. high school to high school, there were activities my teachers would slide into the curriculum to help us prepare for the transition.

With Dewey’s two elements and progressivism, equality and individualism are displayed for students in a classroom. Students have the ability to be themselves and to express their thoughts with others around them. Along with working with others, they are able to find common goals to work together on to reach. The responsibility that comes with the freedom and collaboration in a democracy society is learning to solve problems. Within schools students should have space and time to explore and to research their personal needs as they mature into young adults but expectations should be set. When expectations aren’t met that’s when a problem has occurred and regardless of who the person is or what they identify as, they will be equally disciplined like any other person. This creates a society that is fair for all and everyone’s personal decision plays a role in how successful they’ll be in society.