I believe in free thought

Home I believe in free thought 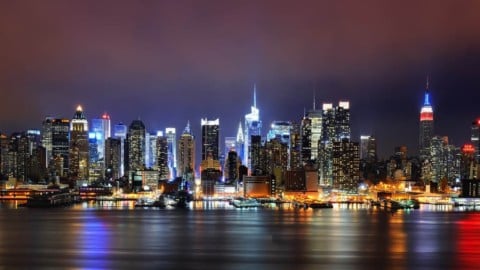 The Wonders of Free Thought

Many of the times a spark is created, and many of the times they die out. This “spark” is the creation of an idea that can have meaning to one person and can impact the people around them. I believe that the ability to think is a very precious thing that we all share. The heartbreaking thing, though, is that great ideas can sometimes disappear, leaving no change in one’s life. Today, many people are terrified to share their ideas because they fear to be judged. Sometimes people would respond to an idea with a threat. Through history, many great minds have created theories about how our world and universe works, but have been mistreated by many groups who disagreed with their ideas. These groups were actually religious groups who felt that their faith was in danger. Some of these great minds were forced to admit that their ideas were wrong or be publicly executed if they refused. There were even great minds who had no choice but to credit God for their scientific discoveries because they feared execution. Although this was in the past and nobody would execute someone for their ideas, there are still many other reasons why people give up on their thoughts. There are times in which a student would feel less confident about their ideas because of the grades they get in school. Many students are afraid to be frowned upon by many people because they feel that they “don’t understand anything.” Even I am afraid that this essay will be frowned upon by my teacher, but the thing is…I no reason to fear that. Through middle school, my friends and I would share what we wanted to do in the future, but ever since my friends and I entered High School our dreams became nothing but dreams. In my first year of High School, I lost the will to even become optimistic about my future. I felt like my ideas were no good. Whatever I thought I could do in the future, I always felt like it can never be possible.

The major problem in this world is that people are afraid to freely think to themselves and share their thoughts. With today’s society, many ideas could be criticized to the point where people would think poorly of the people who had the idea in the first place. This could be defined as a “social sanction.” For example, if you were to defend the 2nd Amendment, given the current situation America is in right now, people would call you an idiot or a filthy pig or whatever hurtful things they can spew at you. Somebody that I know once told me, “you must be careful who you share your ideas with because it could get you killed.” People would sometimes lie about their views because their views are not a popular opinion. People are terrified to speak their thoughts because they are afraid to be poorly judged. This is an issue that has plagued this country and this world.

In this essay, I am here to encourage free thinking. I want people to express their ideas. I want people to feel safe when sharing ideas. I believe that people should have the right to make their ideas come true. The worst thing in the world is letting a good idea disappear through shame and fear. As I was typing this essay, I was a little bit worried about how people may respond to my writing, but instead, I just didn’t care what others would think of my writing. If I let people judge me for my ideas, I would not be able to get anywhere in life. Gary Vaynerchuk, a famous entrepreneur on social media, inspired me to not let people bring me down and to focus on doing what I love. In any given sense, people should only care about what they think is good for themselves. People should have the time they need to sort things out and gain the confidence they need back. It’s better to bring forth your ideas than to let them die out because great ideas should not be wasted. No matter what grade you have or where you grew up or what others think of you, you have the freedom to think for yourself. Let your thoughts be a part of you. This is what I believe in, the wonders of free thought.