Home I asked, “How are you alive?” 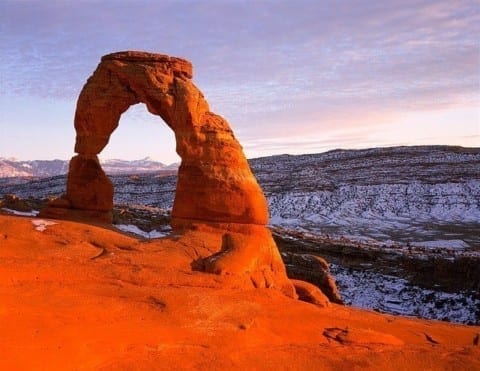 Megan Whatcott, who works with me at Hillcrest Care Center, a home for disabled adults, has a story I believe many people could find intriguing. On November 15, 2011, Megan and her friend, Jolley Gulch, went rock repelling at Zion National Park in Utah. Both Megan and her friend were experienced and went rock-repelling often, still Megan explained, “That day, I had a bad feeling. I knew I shouldn’t have gone, but I did anyways.”

Together, the two friends decided to climb a sheer cliff by scaling it, meaning they chose not to use any rope or other safety equipment. After free-climbing a couple hundred feet, Megan began to feel herself losing grip on the steep cliff. After making one mistake, in a panic, she quickly said a prayer and plummeted  to the ground below her.  While falling hundreds of feet, Megan remembered, “I thought about my family and how they were going to find out that I died here.”

During the 210 foot drop, Megan gravitated toward the opposite canyon wall, and upon impact, her ankle was nearly severed. Laying on the ground, alive and conscious, Megan was found by her climbing partner 15 minutes later. They then waited a long six hours for the Search and Rescue team to find them, after calling for help using a radio. When they finally found Megan who began to feel gruesome pain in her abdomen, from a lacerated liver, they immediately levitated her into the helicopter. She was then life flighted to the nearest hospital in St. George and treated for her injuries. She suffered from a dislocated shoulder, a lacerated liver, internal bleeding, and exposed bone and tissue from her ankle. Her physicians were sure her foot would need to be amputated until they saw that it was only dislocated in x-rays. Once her bleeding was under control, her doctors were able to reposition her foot and it regained circulation once again. After the  reconstruction of her ankle, she was unable to walk for a few months, but then made a full recovery. Megan suffered no brain damage, or concussion when she had fallen that high from the ground and is fully capable of walking. She sighed, “I was fortunate enough not have hit my head because I wasn’t wearing a helmet. Basically, I flew out of there with only a banged up ankle.”

I stared at her in shock and asked, “How are you alive?”

Megan smiled and said, “Well, I normally don’t tell people this because it can sound silly, but when I was falling I felt angels holding me in the air and then I knew that I would be okay.” After this almost fatal accident, Megan has never been rock-repelling since but her friend, Jolley, still does. Megan explained how since that experience she completely transformed and had a great change in heart. She said, “I have a better attitude towards life. I don’t do a lot of things that I was doing prior to my accident because now, I want to take care of myself. A lot of people who knew me before will even tell you that I’m a completely different person.”

Averi, I really enjoyed reading your post. It has really vivid imagery that completely captured my attention. I really liked how you incorporated what Megan’s quotes. I would love to have more background on Megan as well. Was she always spiritual? Did this experience make her a more spiritual person? Here is an article I think you’ll find interesting: http://www.history.co.uk/shows/alone/articles/famous-real-life-survival-stories

Averi, this was a greatly written piece. Your use of descriptive words provides imagery for the reader. I could see the steepness of the drop, and how far up it was. I like how you directly quoted what Megan said to you. It gives the writing a narrative feel, and makes the reader feel a part of the story. https://www.huffingtonpost.com/2014/04/09/survival-stories_n_5042718.html You should read this article about the top ten survival stories. I think it would be interesting to see if they blame their survival on their spirituality like Megan did, or if they think it was just good fortune.