Hypocrisy of White America in “Sowers and Reapers”

Home Hypocrisy of White America in “Sowers and Reapers” 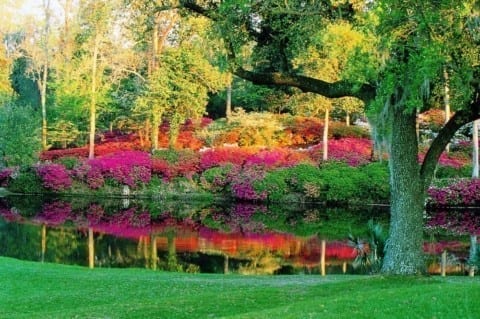 Throughout “Sowers and Reapers,” Kincaid uses the metaphor of gardens to point out the hypocrisy of the way white America has treated African Americans. This can at first been seen when Kincaid describes a garden she saw while in Charleston, North Carolina in the park, there was a statue of John Caldwell Calhoun, former U.S. Vice-President and founder/supporter of the term “states’ rights” (a euphemism for the preservation of slavery). Kincaid writes, “In the little park across the way, a statue of John Caldwell Calhoun, that inventor of the rhetoric of states’ rights and the evil encoded in in, who was elected vice president of the United States twice. I remarked on how hard it must be for the black citizens of Charleston to pass each day by the statue of a man who hated them, cast in a heroic pose.” White America hypocritically immortalizes an extremely racist politically figure, in a city where approximately 30% of the population is African-American (about 5% more than Oakland).

Kincaid later describes her experience at Middleton Plantation when she writes, “It is all very beautiful, even slightly awesome; and then there is awfulness, for those gardens were made by slaves… As I walk toward a tent to have a dinner of black-eyed peas and rice, ribs and chicken and sweet potatoes, a dinner that I think of as cuisine of black people from the American south, where I would hear the Lester Lanin orchestra accompany a white man imitating Louis Armstrong.” Here, the hypocrisy can been seen throught the fact that Kincaid and other guests are eating traditionally black food on a plantation, where slaves were held and forced to build the very venue where Kincaid ate. Furthermore, the entertainment for the evening was provided by a white man, imitating the voice of one of the most iconic black singers in history.

Hi,
Yes, it may be that people “copy” singing styles, but where does it say that a certain voice is proprietary? Some labels that signed on African American singers often had other Americans sing in a similar style to appease another market. I guess you could make the claim that Racism was a factor of it, but the labels weren’t doing it purely for racism, but to try and appeal to the largest market and make the most money. I was also confused by what you were trying to convey in your essay?