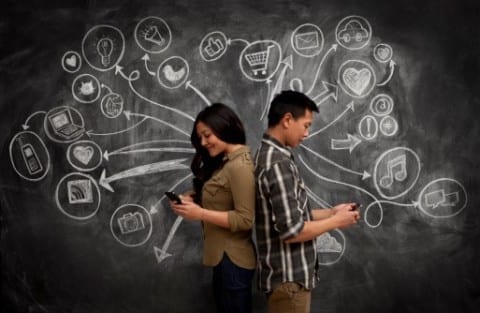 We now live in an America where the vast majority of people have cell phones; a fact that many individuals have different opinions about. Some argue that cellphones distance people from face-to-face interaction and want to discourage the routine of frequent cell phone use. Whether this argument is valid or not should be based on the ability of the cell phone to enhance safety and foster communication between users. Cell phones do not limit the amount of interaction between individuals, but rather allow them to connect over long distances and communicate any needs that they may have instantly.

Without cell phones, an incredible number of people would be unable to keep in touch with their friends and family who are living a significant distance away. Instead of limiting communication, the wide availability of cell phones and cell service is keeping loved ones connected despite physical obstacles; something that would not be possible without them. How would you feel if you were unable to talk to your loved ones in other states or countries for an extended period of time?

The argument often made by the older American generations is that young people have become so absorbed in their cell phones that they are becoming isolated and detached, and, to some extent, they are correct. Face-to-face interaction is limited by the “average 6-plus hours a day” that young Americans spend on their cell phones. However, while these teenagers and adolescents are using their cell phones, they are still “hyperconnected.”  Today’s teens are more aware of national and global issues and events than any previous generation because they have constant access to social media and the internet via their cell phones.

Cell phones also make it possible for family members to contact one another in the event of an emergency. Whether it be that a person has been separated from a group, injured, stranded or simply confused, having a cell phone can instantly connect them to someone who can help solve their problem. Having a cell phone can, and has saved countless lives in emergency situations. In fact, according to a recent publication in the Journal of Emergency Medicine has found that “Patients are more likely to survive when emergency services are called from a mobile phone rather than a landline.”

Once people stop focusing on the negative aspects of such widespread cell phone use and take the time to recognize the numerous positive effects, then our nation can begin to embrace the evolution of technology and all of the benefits that it can bring.

I am impressed by your post, “Hyperconnected,” because it really brought to light the fact that the current generation has connection to almost everything and everyone thanks to mobile communication devices. You also said how having cell phones isn’t necessarily a bad thing because people can now solve issues and connect with people who might be a significant distance away.
One sentence you wrote that stands out to me is, “Today’s teens are more aware of national and global issues and events than any previous generation because they have constant access to social media and the internet via their cell phones.” I think this is eye-opening because this could make others aware of the fact that teenagers don’t just sit around on their phones whenever possible, but that they could actually be learning and informing themselves on current events.
I do whole-heartedly agree with you when you were talking about cell phones being able to connect people to solve problems. One reason I say this is because without a cell phone, people would have to mail letters or transport themselves to the other person to get their problem resolved, and by that time, it might’ve even been resolved. Another reason I agree with you is because cell phones provide quick communication and the ability to ask for other peoples’ thoughts and opinions without having to go through all of the trouble.
Thanks for your writing. I look forward to seeing what you write next, because this was a very enticing topic and it is very relevant to current events. It was also very interesting to read because of the thoughts presented.