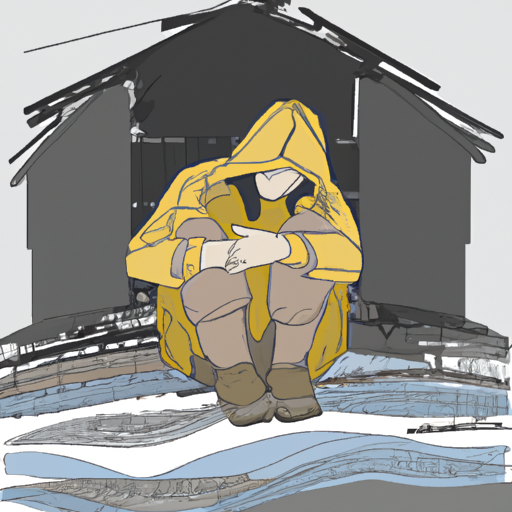 My articles and summary:

Hurricane Ian struck land on September 29, 2022. It went right through the heart of Florida and destroyed the houses of thousands of families. It is one of the most destructive hurricanes we have seen in recent history due to the direction and route it took. The hurricane ruined the life savings of thousands of retirees in Florida according to the Scientific American article. Roughly 600,000 people experienced winds strong enough to flatten an entire house. In total the hurricane led to over $50 billion in damage, both flooding and wind damage combined. This affected people in retirement more than anyone as they do not have an income. Houses are seen as a net of financial safety and that being stripped away is devastating to one’s wallet. It will also take years for the world to be able to rebuild everything that was destroyed. That puts thousands without a home for a long time, maybe even a few years.

Ian is one of the top 5 most violent hurricanes to hit the US. It is not a coincidence that we are getting this large scale of a hurricane. It all comes down to climate change. Human- made heat is warming the ocean and making hurricanes more violent, according to the article from the guardian.

This affects my life because the hurricane followed a path that hit my grandparents house. They live on Hilton Head Island just off South Carolina and near its border with Georgia. Fortunately the hurricane was not as strong when it reached them but it still made its mark. They were unable to live in their house for a good amount of time and luckily, my aunt and uncle who live close were kind enough to let them stay with them for some time. My grandparents, who are incredibly well off, were homeless for a short amount of time. It doesn’t make sense but that is what a hurricane can do. Luckily, they are back in their home and are able to go back to their lives.

Climate change is no longer a distant threat, but an inescapable reality that is apparent in every disaster – hurricane, storm, heatwave, and drought. Our everyday weather is indicative of climate disruption caused by the burning of fossil fuels and the increase of heat-trapping carbon pollution. Hurricane Ian is the latest example of this pattern of intensified storms fueled by more warm ocean waters. Coastal cities like Tampa are particularly vulnerable to powerful hurricanes and sea level rise, so adaptation is important to increase resilience. However, mitigation – the drastic reduction of heat-trapping pollution – is the only way to prevent things from getting worse. This means we need politicians who will support that action and not vouch for powerful fossil fuel interests.

Hurricane Ian caused catastrophic damage in Florida, affecting thousands of elderly retirees who had invested their life savings in homes and condos that were destroyed by the storm’s winds and floods. CoreLogic Inc. estimates that Ian caused property losses from wind and flood between $40 billion and $70 billion, with many mortgaged homeowners having average equity of $316,500. As people seek shelter, mortgage delinquencies are likely to go up and home prices could lag behind the rest of the state as people move away from disaster-prone areas. Many elderly Floridians will be displaced, making it difficult to replace adequate housing for them in the coming years.

A. The AI does not have any bias. It is coded to write a summary of the article so I will take the standpoint of that article. I picked very fact driven articles so that is how the AI summarized it.

B. I noticed that I had talked about how the event affected my life and that is not what the AI accomplished. The AI stated only the facts, and with it being a computer, it does not experience feeling like that

C. I do not have any questions about the articles. They cover much of the facts, the only thing I would ask is for a story about someone who was affected greatly by the hurricane and their story of recovering

D. I have questions about what is it like for someone who experienced great loss from the event. I know that people experience a tremendous amount of loss, but I don’t have any idea how much they are affected.