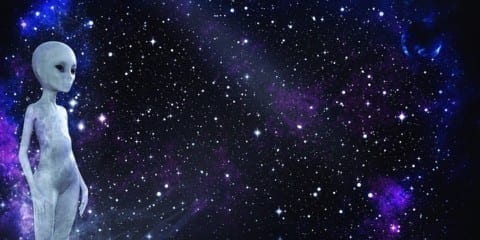 Humans need to consume less meat for our health and the planet. The meat industry is not only a large contributor to global warming, but the amount of meat americans eat is taking a toll on their health as well. Agricultural emissions are thought to account for around 30% of global emissions, with livestock responsible for half of these. Food production is the cause for 70% of our water waste. Producing meat wastes numerous resources. It takes tons of corn or feed and 441 gallons of water to produce one pound of beef, and that is water and corn that could be used for more important things. There is also just about 23% of the worlds non icy covered land being used for livestock and 33% is being used to grow feed for this livestock. This is food, land, and water that could be used to make a huge difference in this world. The amount of corn that we feed cows is enough to feed the entire world, and it is all wasted to get meat that we don’t even need to survive.

Apart from the various environmental problems there is the fact that humans were not meant to eat meat. Humans are herbivores. Our jaws are able to move side to side because we are meant to be chewing plant matter. Carnivores have sharper teeth and their jaws open only up and down so they can tear the meat apart. While humans enjoy and can eat meat; it isn’t at all necessary for the average american to survive and be healthy in this day and age.

Not only is meat not necessary, but humans are healthier without it. A plant based diet is known to reduce premature death by helping to prevent many of the chronic diseases that have become epidemics in America such as coronary artery disease and diabetes. A diet that consists of mostly plant foods is healthiest for humans. “‘When you base your meals on plant foods, you’re packing your diet with the fiber, vitamins, minerals, and healthy fats that most Americans don’t get enough of,’ says Sharon Palmer, R.D.N., editor of Environmental Nutrition. Plant-based diets are also full of phytochemicals, compounds that help keep many of your body’s systems running smoothly. For instance, the anthocyanins in berries help protect vision; carotenoids in carrots and cantaloupe, and the isothiocyanates in brussels sprouts neutralize the free radicals that cause cell damage; and flavonoids in apples help control inflammation.”

Not only that, but overall the animals that are being used for meat today are only looked at as a commodity and not living beings. They are often kept in horrible industrial factory conditions and live a terrifying lives up to the moment of their death. Farms have to do this in order to stay competitive and meet the extremely high demand that Americans have for meat despite any moral implications.

Humans are ultimately herbivores, and those who can cut meat out should however this isn’t realistic for everyone, so the answer is to lessen our intake. The amount of meat that Americans eat is higher than nearly every other country. If people were to lower their meat consumption to two days a week it would still be better for our planet and have a huge and positive impact on our overall health.

I figured I should send you a comment because your post is blank… I would be very interested to read your post if it weren’t, though!
From the title alone, you have a very interesting argument at hand. I’ve heard about the waste products from bovine industries ruining the world before — but never ruining our health (at least not directly). Take a look at https://www.bustle.com/articles/137865-8-reasons-meat-is-bad-for-you-yes-even-chicken for some more information on what I presume your article would be about!