Human Trafficking needs to be Stopped! 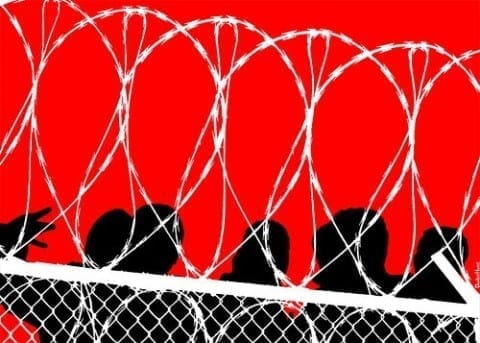 My name is Adam and I am a Highschool student in Michigan. There are many problems in this world that many of them get pushed to the side or overlooked, I am writing to you to bring up one that seems to get overlooked. The issue is human trafficking that is happening in this country and all over the world. Human trafficking is not anything new that have just started happening, the issue has grown over time that is only getting worse and it needs to be put to an end.

In california, they are the number one state of having the most amount of people being victims of human trafficking. With the number of over 200 victims that have been taken from their family and friends. There could be more victims that is reported differently and no one knows what really happened. A human trafficking ring operation was busted in California according to abc7.com. There were 13 victims that got rescued and was being sold for commercial sex. Two arrests were made and one more person of interest to be arrested. The victims were female and some came from broken homes or juveniles.

I hope you can take this issue in consideration and help put a end to this human trafficking in this country.

Adam, Great post! This is a very sad topic and it is absolutely a problem all around the world. Human trafficking is one of many issues in America that has been overlooked for a long time. I would like to see it come to an end as well as a vast majority of the country’s population. Your writing is good and you stayed on topic the entire time. I was never confused and I wanted to keep reading. When you mentioned the human trafficking ring in California that got busted, you used good evidence to support your claim. Overall, great post!

This post of yours to put an end to human trafficking is a good proposal to the president. You made a good valid point along with examples on this situation. What I don’t agree with about your post is that you didn’t put a valid link to your post of the situation in California. I do agree with that California is a state in the United States that has a big number of human trafficking.

Something that stands out to me about you post is, “ With over 200 victims that have been taken from their family & friends.” It stood out to me because I don’t know when this time period was that you got it from. It is a crazy number & believable, I just want to know where or how you got it. I do think you did good job with this post & you are really brave for writing to the president.

Hope you have a good day & continue to follow your dreams.