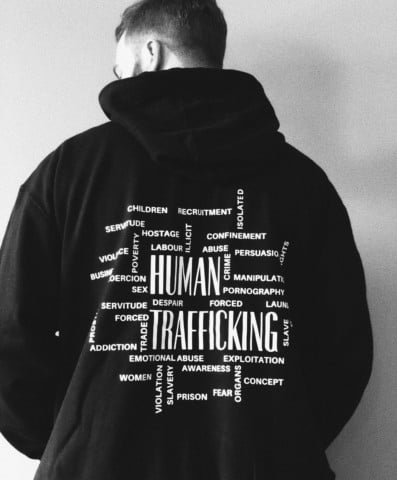 Human trafficking is something being used all over the world today as a widely known social justice issue. This action involves the use of force upon men, women, and children, to participate/perform some type of labor sex act. Not only common in other countries, but human trafficking is common inside of the United States. According to the Homeland Security webpage, “It can happen in any community and victims can be any age, race, gender, or nationality. Traffickers might use violence, manipulation, or false promises of well-paying jobs or romantic relationships to lure victims into trafficking situations (“What is Human Trafficking?).” Although it is assumed that most of the victims are forced into these inhumane actions, the Polaris project website states, “In others, victims are lied to, assaulted, threatened or manipulated into working under inhumane, illegal or otherwise unacceptable conditions. It is a multi-billion dollar criminal industry that denies freedom to 24.9 million people around the world (“Human Trafficking”).” As this action is clearly illegal, it takes away every right the victim has and is obliged to.

How does this take away the rights of every individual? Nobody should be forced into doing anything, regardless of the situation. Human traffickers use psychological tactics to help persuade the situation and further the abuse. They will use psychological manipulation to obtain success. Psychology today discusses that “coercion, manipulation, and psychological abuse are often more powerful weapons than physical violence (Withers).” The United Nations has done the research and has estimated that as many as 21 million individuals around the world are trafficked each year which has led to a large number of $32 billion in profit. Although many individuals believe victims of Human Trafficking are forced through physical force, psychological manipulation tends to be a key factor in success for the traffickers.

“What Is Human Trafficking?” Department of Homeland Security, 18 Dec. 2020, www.dhs.gov/blue-campaign/what-human-trafficking.

I really appreciate your piece as it raises awareness on a topic that needs to be addressed. I agree that no one should be forced to do anything they don’t want to. Something that stood out to me in your writing was “Traffickers might use violence, manipulation, or false promises of well-paying jobs or romantic relationships to lure victims into trafficking situations (“What is Human Trafficking?).” Many people that are not as aware of this topic may not know the forms of ways that people are taken into human trafficking. Your piece was very informative.
– Wendy