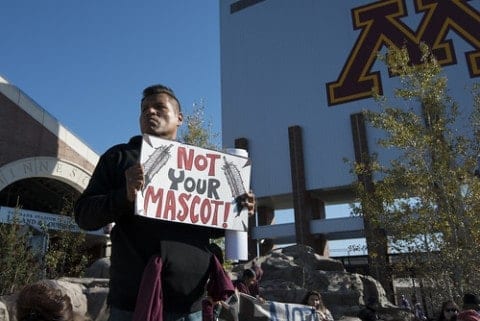 I looked at an image that show a woman holding up a sign that say’s “I am Descendant of WARRIORS who survived Genocide, I am not a mascot”, Looking at what she wrote on the poster i understand that she is a survivor of the genocide. What is a genocide? Genocide is intentional to destroy a people, which it focus on ethnic, national, religious, or racial group. What i think? Well seeing the sign for what they are protesting tells me that they have survived a very serious trauma because of their race, religion, or ethnic. Which might scare them for the rest of their life and not want to follow up on that religion. It also shows that they are saying that they are being treated like “mascots”. Which also shows that they are letting them know that now they have a voice for themselves.