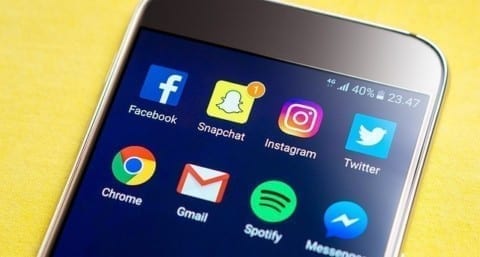 Technology is playing a very big role in our society today, and is prevalent in almost everything we do. Whether we are driving a car, or simply being at school. In today’s world we rely heavily on the functions that technology brings us, but I feel we almost rely too much on it. For example in my friend group I do not know a single person who owns a home phone anymore, instead every person has a cell phone, or ipod/ipad that they can connect and talk with people through. This causes us to be “plugged in” almost all the time. I remembering hearing stories from my parents about being able to call their friends maybe once a night, and other than that people talked in person, or through mail.

According to Huffington Post an average american spends 11 hours on social media, and more than half of that time is spent looking at a tablet. To me this number is insane. That is almost half of our day, being plugged in and not having actual human interactions. This is causing us humans to be be extrovert, and be dependent on our own. Where us human were created to talk to others, and rely on others in times of needs and be social. We are not supposed to do everything on our own, and by using technology heavily in your life, you are eliminating a good portion of human connection that most people need to properly function. You lose the sense of connection, and the ability to read people’s emotions. A Duke University said that even though email and texts are more efficient, it takes away the ability to read tone, verbal cues, or even facial awareness. Even though we gain time communication through phone, it creates a divide in human connections. It is even said according to Daily Mail that 75% of women admit that smartphones are ruining their relationships, and that 62% of women claim that technology interfere with their relationships, and over ⅓ of the respondents said that their partner continuously looked at their smartphones while talking to them.

Technology is becoming a negative thing in terms of human connection in our society, There is less community and more independence now than ever before. It has affected our abilities to perceive and display emotions, ultimately affecting the way we interact with others. I wonder with the possible cancellation of net neutrality how this will affect technology, and its associations with relationships, and connections with other humans.