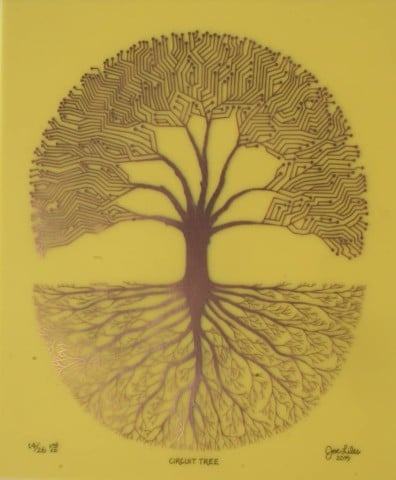 Determinism has been a topic in Western religious debates for as long as theology has been a field of study. The argument stems from the paradox between an omniscient (all-knowing) higher being, generally termed “God”, and the perceived or religiously supported concept of human free will. A simple argument that resolves the paradox explains it by way of a perceivable, but not immutable, “tree” of branching choices at which each junction a human is free to decide between any number of options, even though the entire web is comprehended by the omniscient figure. A noncompatibilist argument is that “because God knows your action necessarily before it is performed, it must be that you have no free will in performing the action,” with much simplification on my part.

This argument may fall apart, however, if experiments come to show that human choice is predictable — and they have, at least in a simple sense. As I referenced in an earlier post, fMRI devices coupled with complex software can and has predicted a choice between left and right hand most of the time, and flavors of the familiar psychology experiment colloquially known as “Pavlov’s Dogs” can be applied to humans to make their choices more predictable. Of course, simply predicting behavior is nothing new: when presented with a simple, logical game in which there is a clear outcome with associated reward, the vast majority of capable people will solve the game to receive the reward. Predictable, but hardly evidence against free will.

The argument I will make is that being humanly capable of predicting another human’s actions accidentally and potentially necessarily (as a biological byproduct of reading the brain) ensures that person will carry through the predicted action, and their free will is moot from the instant of the prediction.

If you want some further reading on an argument on compatibilism between an omniscient God and human free will, look for:

The easy resolution is the realization that predictions are not incompatible with free will. Such a claim is ridiculous. If I can predict the way a congressman will vote based on his party affiliation, is he suddenly some nonhuman agent with no will of his own?

The natural conclusion of deterministic arguments always comes down to self-defeating, incoherent assertions like the above.

Fundamentally, making accurate predictions is not the same as stripping someone of the choice to make those predictions. Most importantly, one must understand that the future is merely a logical construction. The future does not exist. It has no material presence. Thus, making a claim about it does not have any material consequence. Thus, prediction does not strip people of free will.

Eric,
I am glad to find that someone else shares my interest in the matter of determinism. I find this topic incredibly fascinating, and the way you include the human’s capacity or potential to read someone’s mind to influence a predestined path for them is very thought provoking. I encourage you to read my post of determinism as well. You can find it all the way at the bottom of my page, it should be the first post. One website that may intrigue you and a website that helped my research on this topic is, https://labs.psych.ucsb.edu/schooler/jonathan/sites/labs.psych.ucsb.edu.schooler.jonathan/files/pubs/what_science_tell_us.pdf. Thank you for your post.