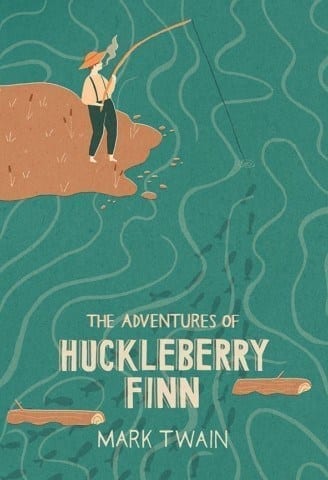 Throughout the entire story of The Adventures of Huckleberry Finn, Huck is trying to find himself and struggles with his identity and making decisions. He struggles from not knowing what is considered wrong or right. Many people try to impact his decision making like the Widow, Pap, Tom, and the Phelpses. But in the end, I believe that Huck listens to his own conscience. No matter what is thrown at him or what people tell him to do, he still tends to do what he thinks is right.

Before making a decision, Huck is known to analyze what others have told him in the past and thinks it over and then makes his own decision based on what he thinks is right. For example, he has a conversation with himself on whether or not “borrowing things” is okay. This can be seen when he starts out by saying, “Pap always said it warn’t no harm to borrow things if you was meaning to pay them back some time; but the widow said it warn’t anything but a soft name for stealing, and no decent body would do it. Jim said he reckoned the widow was partly right and pap was partly right…..” (p.59). In this instance, Huck thinks over whether he thinks it’s okay to borrow things with Jim and the next day  Huck decides not to “borrow” as much as Jim and him were planning to. He felt guilty taking things that weren’t his, unlike something his father would be okay with and did what he wanted to do and make his own choice.

Another example where Huck clearly follows his conscience and not what society tells him to do is when he tricks Jim (one of the very many times he tricks Jim)into thinking that they didn’t get split up from their raft and have been together the whole time and Jim dreamt it all and he feels extremely bad for doing it. “It was 15 minutes before I could work myself to go and humble myself to a nigger; but I done it, and I warn’t ever sorry for it afterward, neither.” (p. 78).  Society in this time treated African Americans as inferior to whites. So this is a very big step for Huck to apologize to Jim because no else in society would ever think to consider doing that. Huck is definitely going against society in a very big way in this example.

Finally, one last example is when Huck comes to terms with going to Hell when he says “All right, then, I’ll go to hell” (p.191). He says this because he decides that the right thing to do is to go rescue Jim and anyone who helps a slave can get into a lot of trouble. Huck cares for Jim and doesn’t want to leave him behind so he is willing to go against society and follow his heart and do what he thinks is right, even if he is at risk in getting into a lot of trouble.

Overall, I think that my examples help prove that Huck tends to follow his own conscience no matter what others say. I think that by showing this Twain is trying to tell his audience to follow your heart and conscience and don’t bend to the will of other people if you don’t think it’s right. Stay strong for what you believe in. Battling between what our communities say versus our individual beliefs still happens in our world everyday and some of the very big things that are often known to conflict between the two is social issues like religion and LGBT rights. But different stances on social issues will never go away. So stay strong for what you believe in and be confident in the choices you make even if you make mistakes.